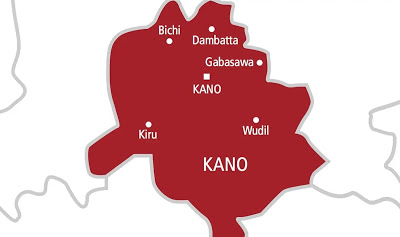 One Mustapha Abdulsalam of Kurna quarters, Dala Local Government Area of Kano State, who cut off his manhood on Valentine’s Day is dead.
Abdulsalam died at Murtala Mohammed Specialist Hospital, Kano, where he was receiving treatment.

The spokesman Kano police command, DSP Abdullahi Haruna Kiyawa, who confirmed the incident said, the deceased used a bottle to cut off his manhood.

According to the WhatsApp voice note the police spokesman shared with Daily Trust, the incident happened on Sunday, February 14, 2021.

He said, “On 14 February, 2021, at about 8am we received a report from Musukwani, Jakara quarters of Kano metropolis that one young man, named Mustapha Abdulsalam in Kurna locked himself up in a room and used broken bottle and cut off his manhood and many other parts of his body.

“On receipt of information we mobilsed to the scene and rushed him to Murtala Mohammed Specialist Hospital where he died while receiving treatment.”

He said preliminary reports obtained from police investigation revealed that the deceased as a mental malady that makes him behave abnormally from time to time.