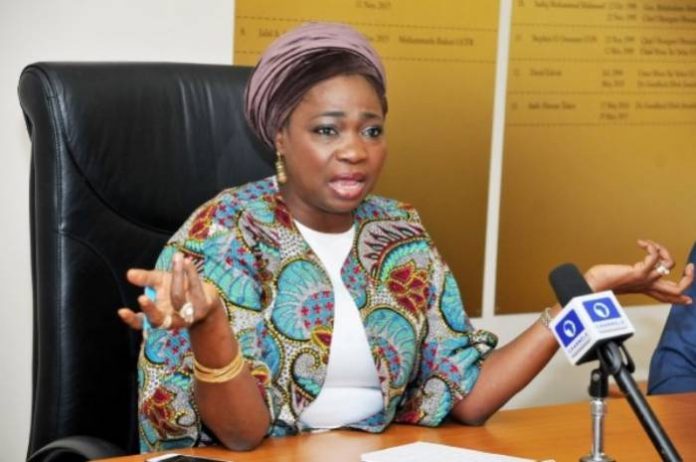 A former member of Nigeria’s Federal House of Representatives, Abike Dabiri-Erewa, has disowned a recent tweet credited to her verified Twitter handle which claimed the release of the abducted school boys from Government Science Secondary School, Kankara, Katsina State.

As earlier reported by Citynews Nigeria unknown gunmen had stormed the Government Science College and abducted a yet to be ascertained number of students.

Efforts to locate the criminal group has proven abortive as the whole nation is forced to relive the horrors of six years ago when scores of schoolgirls were kidnapped in Chibok.

However, in a quick flash of relief, a viral tweet from the the former lawmaker’s Twitter handle hit social media, with claims that the abducted school boys have regained freedom.

With the veracity of the claim turning out to be phony, Abike Dabiri has consequently come out to disown the contentious tweet.

She claimed that a momentary intrusion into her social media space, including her Instagram account, had been responsible for the dissemination of the false information.

“Pls don’t credit any post on Katsina boys to my twitter handle. I lost control of my handle in the last couple of minutes, along with my Instagram. I have recovered and changed my password” she tweeted.