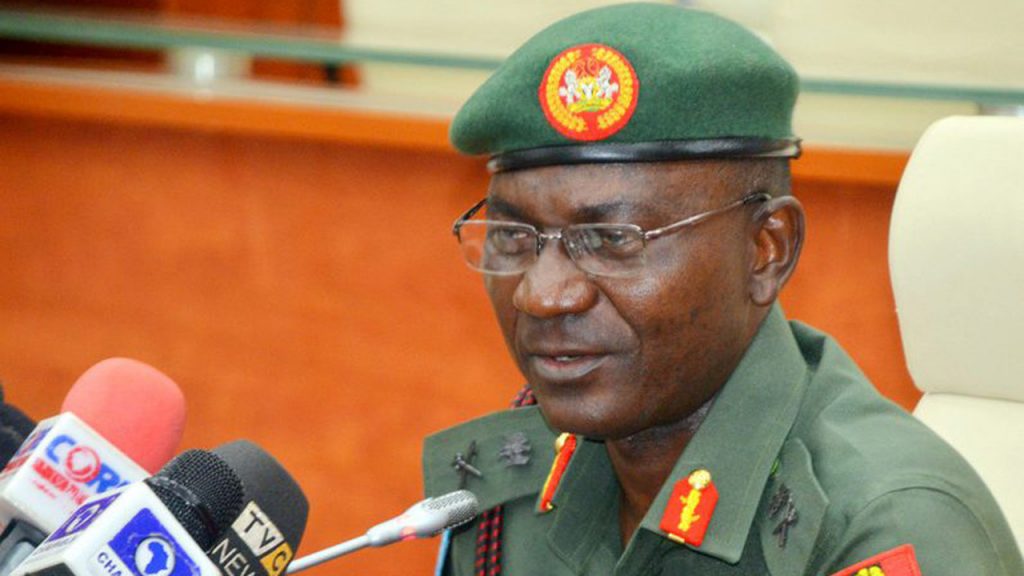 The defence headquarters has said it will not stop the military action embarked upon to rescue over 300 abducted students despite ongoing talks between the suspected bandits who abducted the students and Kastina state government.

Citynews Nigeria had reported how bandits stormed a government boarding school in kankara area of the state and parted with over 300 students.

Speaking When he featured on a Channels Television programme on Monday night, John Eneche, defence spokesman, said the military operation to rescue the kidnapped students is ongoing.

Enenche said the military efforts can go hand in hand with the government negotiation push, saying one approach does not have to take back stage for the other to yield results.

He noted that the military is striving to get to a meeting point where collateral damage will not be suffered in attempts to secure the students release.

“You don’t stop whatever efforts you are putting up militarily for what we call the non-kinetic (or) the other approach. No, you don’t stop, all of them go concurrently,” he said.

“The troops and other security agencies have been adequately deployed to ensure that they (the students) are rescued alive, that is the most important thing for us. And that is what we have for the general public that there is hope, we need them out alive.”.