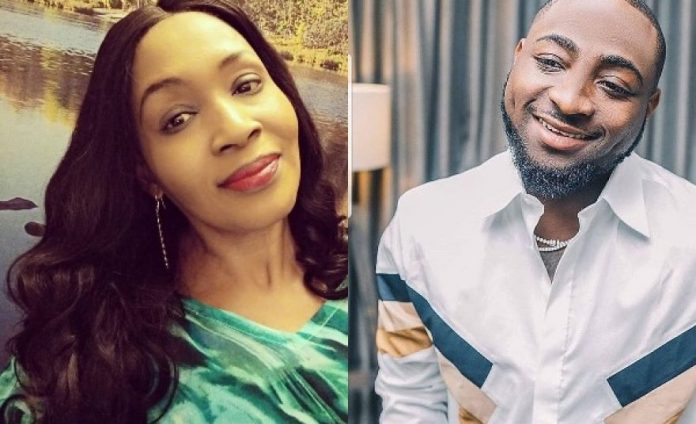 Controversial journalist, Kemi Olunloyo has taken to social media to beg her arch enemy, Davido to sign her to his DMW record label.

The Yoruba born self acclaimed investigative journalist took to her Instagram story and posted a video of herself doing what she called “rap” adn she wrote:

:”Davido call me, you need to sign me as mummy DMW”.

Kemi Filani News recalls that, Kemi Olunloyo and Davido have not been best of friends as Kemi has taken to social media several times to call the singer unprintable names.

On one occasion, Kemi called him a bastard. This was after he bought his “Banana Island mansion”.

Hitting hard at him, the Yoruba born social media commentator is insisting that Davido is trying to deceive his fans with the Banana Island house he reportedly bought.

According to her, Davido did not buy any house in banana island. She said the house belongs to his father, and he’s just claiming ownership of the house for no reason.

She also stated that she has no intentions to use Davido to trend on social media, because she is a journalist and her job is to post news, no matter her relationship with the subject.

Speaking further, she tagged Davido an ungrateful bastard while recounting how she knew him since he was a little child.