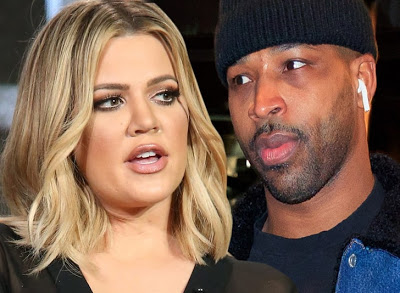 Khloe Kardashian and Tristan Thompson are teaming up to take legal action against a woman who is reportedly claiming the NBA star is the father of her child.

E! News reports that Tristan and his ex Khloe, who he shares two-year-old daughter True with, have ‘sent a cease and desist letter’ to the woman, Kimberley Alexander, asking for her to stop ‘defaming them’.

They suggest her paternity claims are ‘malicious defamatory lies and specious fabrications’, with a copy of the obtained letter allegedly confirming Tristan took a paternity test earlier this year in January that came back negative.

It’s said Kimberley asked Tristan to take a second paternity test, which he agreed to do on the condition that the test was performed in an AABB-accredited lab.

The letter, penned by Khloe and Tristan’s attorney Marty Singer, reportedly states: ‘After it was indisputably established by a paternity test performed by one of the most reputable labs that Mr. Thompson is not your child’s father, we thought that would be the end of this.

‘Instead, you have continued to spread outrageous lies about my clients, including ridiculous fictional conspiracy theories that you conjured up claiming that my clients supposedly somehow falsified the paternity test results since members of the Kardashian family had previously used the same trustworthy lab.’

It asks for Kimberley to remove her claims from social media, accusing her of misconduct, and threatens that Khloe and Tristan will take legal action in court.

I sold different types of fruits to survive – Wilfred Ndidi opens up on tough...

Above The Law! FRSC Official Hanging On A Moving Vehicle In Enugu(Video)