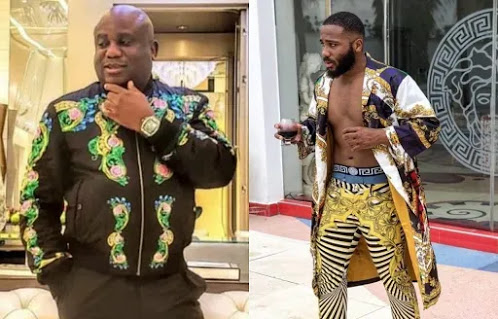 The Benue-born billionaire said part of the prize money would be given to charity if Kiddwaya emerged winner of the reality television show.

He disclosed this yesterday during an Instagram interview with veteran journalist, Dele Momodu, while reacting to Erica’s disqualification from the show.

BBNaija2020: I Believe You Were ‘Jazzed’ – Vee Tells Laycon(Video)

“My son does not need BBNaija money, we will give it to charity if he wins,” Terry Waya said.

Recall that Terry Waya had promised to ensure his son split the prize money with Erica if he wins the reality television show.

Among other offences she was found guilty of, Erica poured water on the Head of House bed in order to stop Prince, her deputy, from sleeping on it.

However, Mr Waya commended Erica for having his son’s interest, adding that she was disqualified for trying to defend Kiddwaya.