Home News Kim Jong-un back as he appears for first time in three weeks... 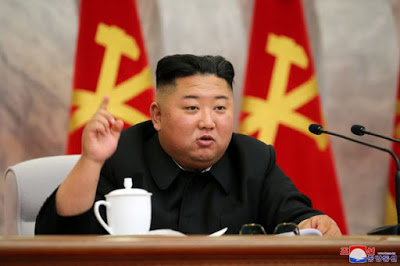 Kim Jong-un has been pictured for the first time in three weeks as he continues to make few public appearances amid coronavirus concerns.

The North Korean leader was rumoured to be gravely ill or even dead last month after he missed an important anniversary event.

But he reappeared at a fertiliser factory, and has now been pictured chairing a meeting about the country’s nuclear capabilities.

He made an unusually small number of outings in the past two months amid coronavirus concerns.

READ ALSO:   How To Build Your Social Media Marketing Strategy For 2020

North Korea has imposed strict anti-coronavirus measures although it says it has no confirmed cases.

And pictures from the event appear to show those at the meeting sitting relatively close together – not two metres apart under social distancing guidelines widely adopted elsewhere in the world. 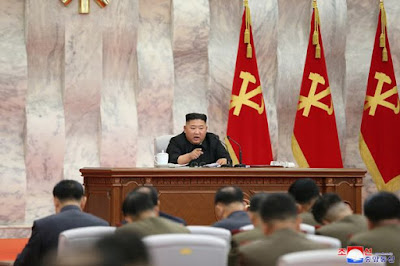 Speculation had erupted about Kim’s wellbeing after the despot missed an annual birthday celebration for his late grandfather – Kim Il-sung, the country’s founder – on April 15.

Taiwan’s National Security Bureau (NSB) director-general Chiu Kuo-cheng reporting last week the leader was “sick” and contingency plans were in place if he were to die.