Home Business Kim Jong-un was ‘hauled from school after spies exposed his love of... 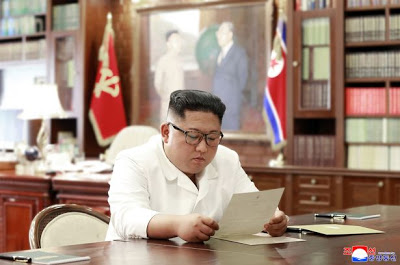 The North Korean leader, now 36, attended a boarding school in Bern, Switzerland, in the 1990s.

But he was ordered home by his father Kim Jong-il after spies informed him his son had been caught with a kinky magazine stuffed in his school bag.

Kim Jong-un attended the school with his three siblings – who all lived there under fake identities as the children of a North Korean diplomat.

Sources said the children’s father was growing increasingly worried that his children were being led astray by their western peers.

It’s is believed the magazines were found when teachers searched his bag for ‘cheat sheets’ ahead of exams.

The despotic leader still holds a deep love for all things Swiss, and gifts his statesmen with expensive Swiss watches.

Details of the embarrassing incident come after much speculation about Kim Jong-un’s rumoured death.