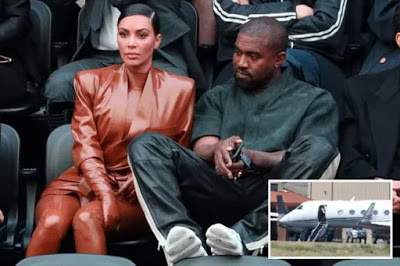 Kim Kardashian and Kanye West have reportedly retreated to a fortress on a make-or-break holiday.
Claims surfaced the showbiz power couple have gone for a long trip to a tropical island where they will stake out their days while trying to save their six-year marriage.
Kanye’s outburst he had been trying to end his marriage to Kim sent ripples through the showbiz circuit but his wife calmly responded her “brilliant yet complicated” husband was suffering with bipolar.
Now it’s said Kim and Kanye will drop off the showbiz map during their extended break.
Every movement the famous family makes has been captured while the camera is rolling whether they have been on holiday or hitting the shops.
Their latest trip has been so well hidden and shrouded in secrecy there will no photographs on this trip, according to TMZ.
The parents have whisked their children – North, Saint, Chicago and Psalm – away with them for this crucial time in their family.