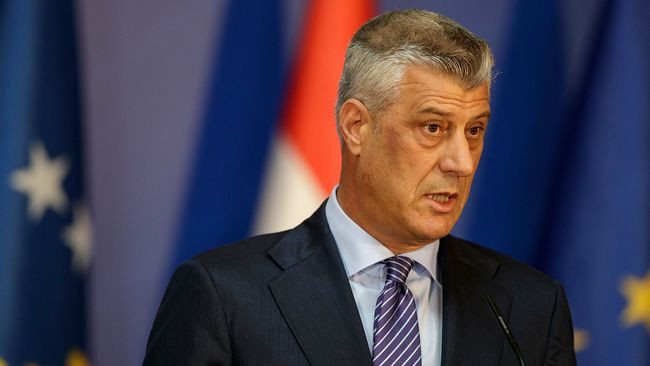 Kosovo’s president Hashim Thaci has been has been charged with 10 counts of war crimes and crimes against humanity for his role in the country’s 1990s conflict.

A special international prosecutor (SPO) in The Hague alleged that Thaci and nine others “are criminally responsible for nearly 100 murders”, torture and enforced disappearances. The court was set up to investigate allegations of crimes committed by the Kosovo Albanian side during the war.

Mr Thaci and one of the accused, Kosovo politician Kadri Veseli were also accused of seeking to “obstruct and undermine” the SPO’s work “in an attempt to ensure that they do not face justice”.

Though the President of the European country has denied the allegation, the statement makes it clear that the indictment had not yet been proven and also notes that the pre-trial judge had not yet made a ruling on confirming the charges.

The announcement was made while Thaci was en route to Washington DC ahead of a White House meeting with Serbia’s president set for Saturday and brokered by Richard Grenell, Donald Trump’s Balkan peace envoy. Trump hoped to broker a deal between the two countries, which have not normalised relations since Kosovo broke away from Serbia following a Nato bombing campaign.

Mr Thaci has been in power in Kosovo since the end of the war – most recently as president of Kosovo. The independence war in 1998-1999 cost more than 10,000 lives and only ended after a Nato air campaign. Kosovo declared its independence in 2008, a development Serbia is yet to recognize.

EDO DECIDES: “If They Want Violence, We Will Give Them Violence” – Obaseki explodes(:VIDEO)