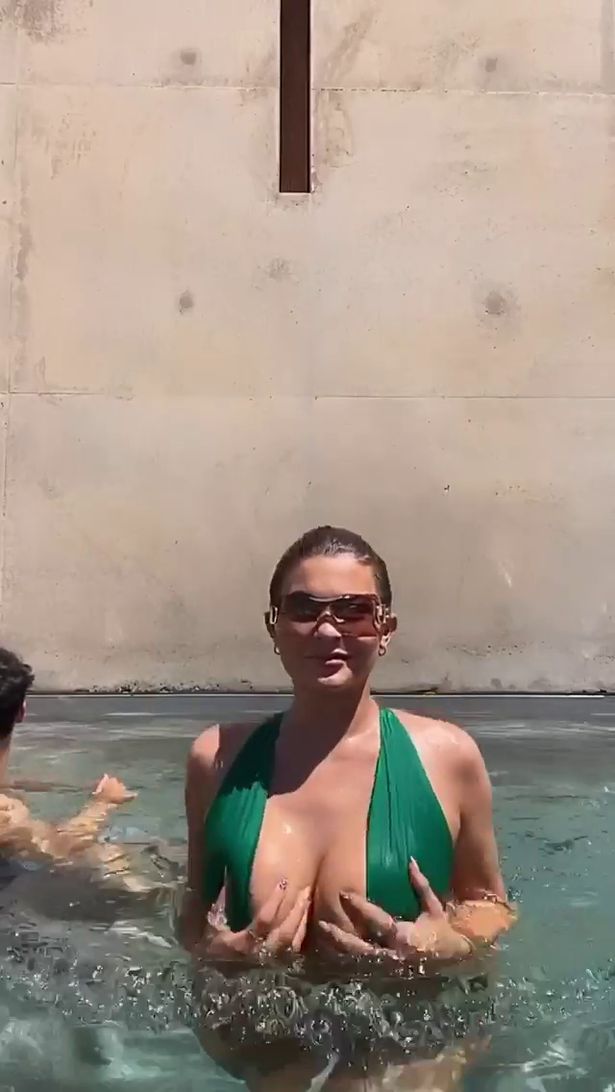 Kylie Jenner has stirred up rumours she’s gone under the knife once again by posting a series of racy videos of her clad in an daring bikini.

The mother-of-one is currently on holiday at the exclusive resort of Amangiri in Canyon Point, Utah with pals and daughter Stormi, two.

As the weather sweltered above 30 degrees Kylie, 22, couldn’t resist taking a dip in one of the swimming pools on offer at the five-star retreat.

The Lip Kit mogul shared a series of clips of her posing up a storm in her green two-piece that featured a very plunging neckline.

At one point Kylie appeared to veer dangerously close to a wardrobe malfunction as she bounced around in the water to a Frank Ocean song.

The star donned a pair of glamorous wraparound shades and slicked her hair back into a bun as she documented her swim on Instagram with her 184million followers.

Some of her fans began to take to Twitter to comment on her latest holiday uploads with some questioning if she’d undergone surgery to achieve her busty look.

“I love Kylie Jenner but I’m sure her boobs are getting bigger and bigger like out of no where. Like pass them to me please,” pleaded another.

“Ok I have a serious question. Is Kylie Jenner’s body real or no? Like her boobs and a** just grew out of nowhere, and I can’t fathom that that’s possible without surgery,” added a third. 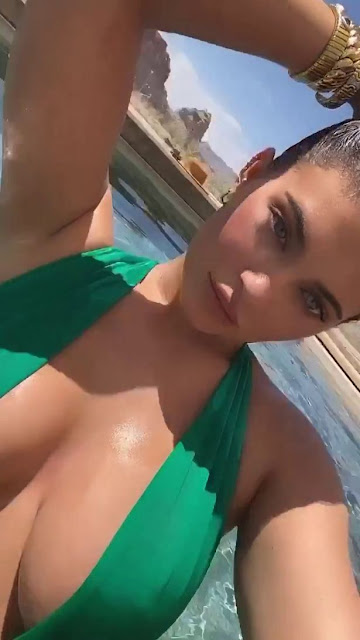 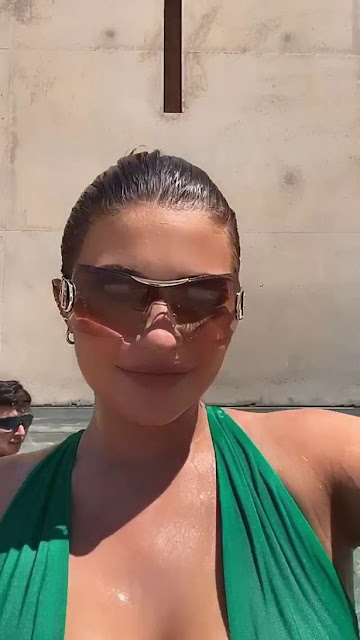 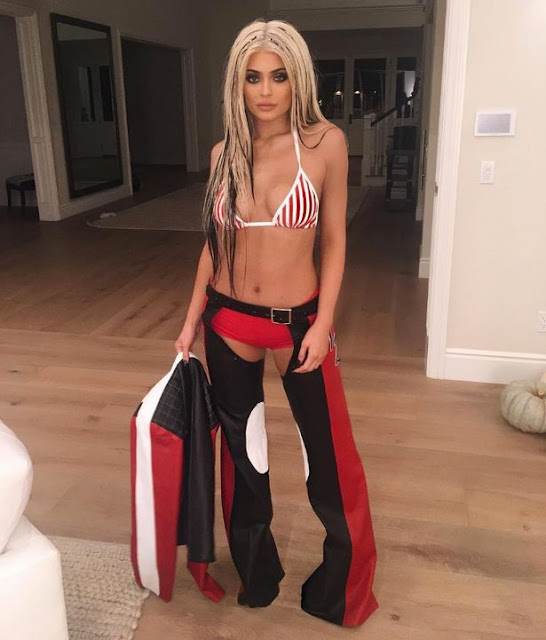 Nigerian politician as a symbol of vanity – Banire

Black Lives Matter: Pull Down The Statue Of Tinubu, The Slave Owner – Fani-Kayode