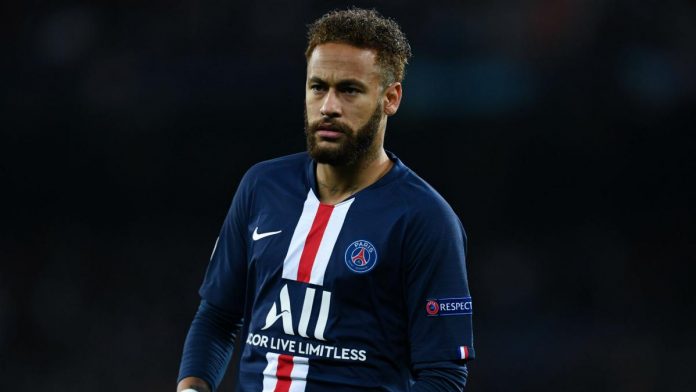 Neymar is now set to drag his former club,Barcelona to court over what he called unpaid bonuses totalling €60m.

CityNews Nigeria reports that PSG star Neymar is prepared to sue former club Barcelona for a total of €60m over bonuses which the Brazilian claims not to have received.

The 28-year-old joined the Blaugrana back in 2013 but shocked the world when he decided to leave Camp Nou after only four years. Neymar became unsettled in Catalonia and paid his own buy-out clause in order to force a move to French giants PSG in 2017.

But Cadena Ser reports that the superstar is not finished with Barça just yet.

Neymar is demanding that the European heavyweights pay him the rest of a signing bonus which he feels he is owed, after putting pen to paper on a new contract prior to leaving the club. He has since stated this intention in writing, while his ex-club have impugned the claim.

READ ALSO:JUST IN: Premier League Footballer In Trouble Over Rape And False Imprisonment

The Brazil international is subsequently suing Barça for a further €43.65m, as his previous employers had originally paid him the first installment of €22m before he joined PSG. La Blaugrana argued that they did not need to stump up the rest of his bonus due to his decision to depart Camp Nou, and an initial court hearing sided with the club and ruled against Neymar.

However, that is not the end of this debacle. The former Santos star’s legal team appealed this decision on 4 August, and by 7 September Barça had contested this new approach.

The court believed that the renewal bonus was part of the player’s salary, and based on the amount of time that Neymar was at the club, he was obliged to pay back €6.7m euros to the former Spanish champions. Unsurprisingly, this has not gone down well in Paris.