Home Lifestyle & Fashion Lady sets herself on fire to death because her mother hid her... 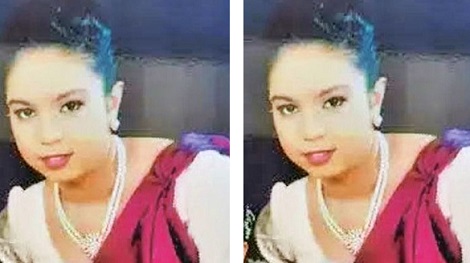 A young lady has died after she set fire to herself when her mum hid her mobile phone to stop her from calling her boyfriend.

The lady, who has been named as 20-year-old D Hashini Piumika, poured kerosene over her body and set it alight in Puttalam, Sri Lanka.

According to national news outlet Dinamina, Hashini was seeing a man who her mum did not approve and she refused to end the relationship.

Her mum had asked her several times to break it off but her daughter continued to speak constantly to the man on her mobile phone so she hid it and refused to give it back, Dinamina reports.

READ ALSO:   Snoop Dogg will be voting for the first time because he wants Trump out of office

According to the outlet, on August 20 a fierce argument broke out between the mum and daughter as Hashini begged her to give her back her mobile to no avail.

Hashini then reportedly set herself on fire.

She was rushed to Chilaw General Hospital but died from her injuries the next day.

The Chilaw police department is investigating the death.

There is no further information as to whether Hashini intended to kill herself or simply wanted to scare her mother out of frustration.

How Kourtney Kardashian Has ‘Been There’ For Kim During Kanye ‘Divorce’

Burna Boy: An Insight Into Fifth Album ‘Twice as Tall’…Is It Worth The Wait?