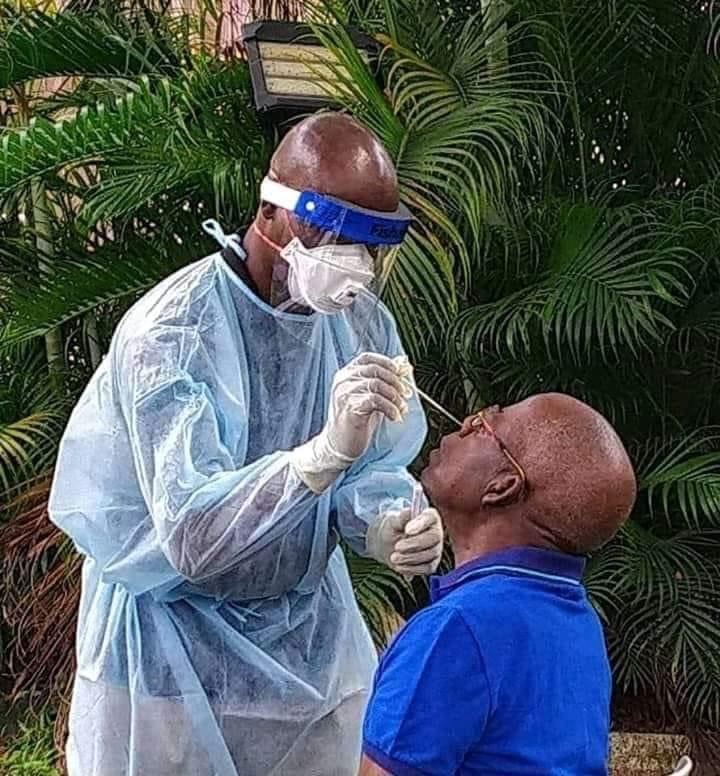 …….less than 2% of population tested in one year

One year after the Covid 19 global pandemic index case was recorded in Nigeria through an Italian national who arrived Nigeria on a Turkish Airline flight on a business visit, residents of Lagos the most populous state in Nigeria are protesting the high cost of testing for Covid 19 in the state; demanding a reduction in its pricing at private laboratories, desiring availability and accessibility to more public laboratories.

According to findings from a recent opinion poll conducted by a public health advocacy group named #HCCT in Lagos; respondents were unanimous in the perception that the cost of procuring a Covid 19 test in Lagos was exorbitant and the free testing centres were too few and far in between to make a difference amongst the huge population.

Based on the findings of the poll which was conducted to determine the impact and response of both the government and citizens to the outbreak of the virus, 97.3% of respondents of the 6,372 sampled residents of Lagos were of the opinion that the N50,000:00 (Fifty Thousand Naira) cost of procuring a Covid test in private health institutions in Lagos is way beyond the reach of the average citizen.

The statement released on Monday by #HCCT and signed by its coordinator, Emmanuel Ifedayo, further stated that in the course of one of the follow up questions during the opinion poll, respondents, when reminded that the Lagos State Government has 4 public laboratories who offer the service free, were not impressed, complaining that the 4 public laboratories were not enough, not accessible and have frustrating procedures embedded in their operations. For example, such public laboratories operate only 2 hours a day and selected days in the designated primary health institutions.

The Lagos State Government through the state’s Covid 19 Incident Commander, Governor, Babajide Sanwo-Olu in its January 2021 Corona Virus report revealed that in the eleven months under review, only 316,801 representing less than 2% of the approximately 22m population of Lagos State have been tested. This is considered a very low percentage by both residents and public health experts who posit that without testing which will reveal the true impact of the virus on the citizens; it will be difficult to win the battle against the deadly virus which is currently in its second wave.

Respondents went further to infer that given the details of the Lagos State report which revealed that 1 in every 4 citizen tested, came off with a positive result, clearly if the 22m population of the state is tested, then over 5 million people would likely test positive to Covid 19. The Lagos State Government will then be in a vantage position to evolve a strategic plan for combatting the devastating effect of the deadly virus on its citizens in the global public health crisis in one hundred years.

The opinion poll also revealed that the N50,000:00 charge for a Covid test in Lagos is too high compared with other African countries and states in Nigeria. It indicated that in other African Countries, the average cost is N15,000:00 while for states in Nigeria, the cost is N30,000:00. Another school of thought argues that the total direct cost of carrying out the test to a laboratory per person given all variables should range between N12,000:00 – N15,000:00.

In the same vein the opinion poll revealed that the home service costs N50,000:00 and other members of the family are mandated to test at a negotiable rate of between N40,000:00 – N50,000:00. An average household of 5 persons will therefore have to pay a minimum of N200,000:00 to procure the Covid 19 test in Lagos State. Respondents were also quick to point out that this cost is double for anybody who tests positive because a confirmation test post treatment is standard practice.
Given the findings of of the public opinion poll, residents are united in the conclusion that the current high cost of procuring a Covid 19 test in Lagos which received N10 billion from the Federal Government at the onset of the battle against the Corona Virus is totally unnecessary and amounts to commercialising a service which ordinarily should be a response to a public health issue.

Residents of Lagos State therefore are advocating for a reduction of the cost of procuring a Covid 19 test by a minimum of 50% as a desirable objective while the nation marks one year of fighting the global pandemic. Governor Babajide Sanwo Olu and officials of the Health Ministry in the State and CACOVID are implored to consider the plight of the citizens given the poor economic conditions and the deadly nature of the Corona Virus.

JUST IN: What Nnamdi Kanu Said About Owerri Prison Break

Lady Kneels, Proposes To Boyfriend In Public And Gets A Yes From Him(TRENDING VIDEO)

Why I Dumped My victim’s Body In The Bush, Fled –Nursing Mother