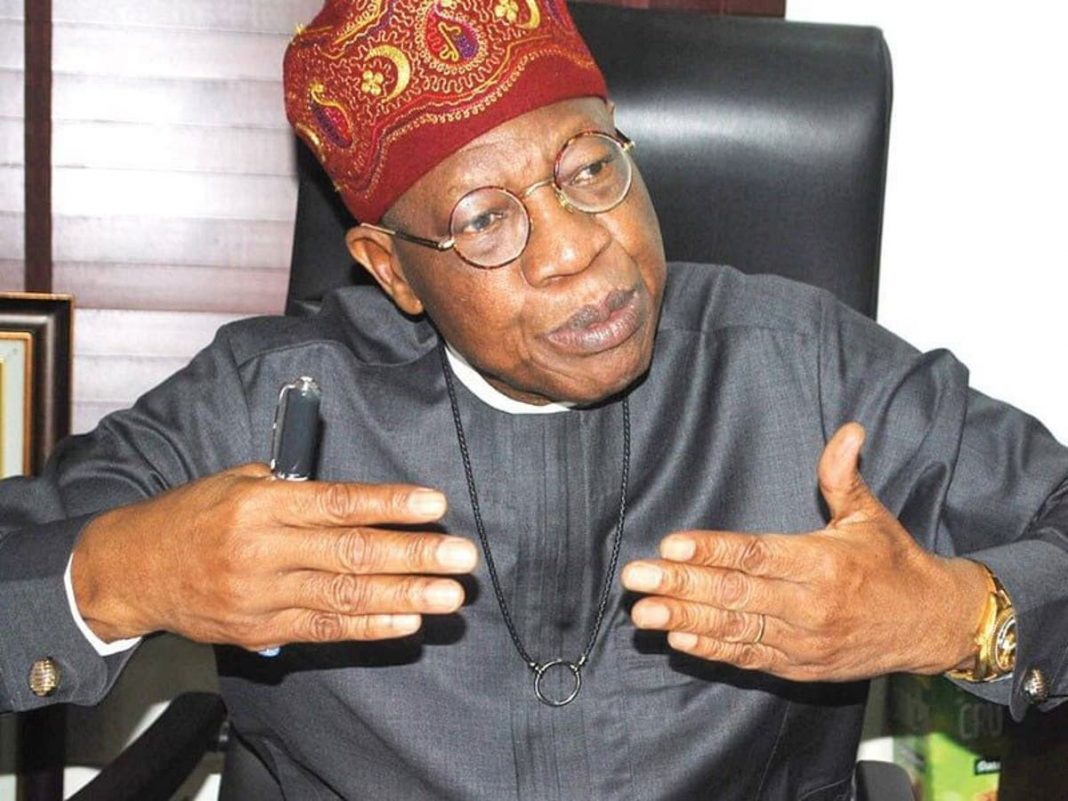 Minister of Information and Culture, Lai Mohammed, says the kidnapping of students is not a peculiar crime to Nigeria, adding that the most developed countries of the world including the United States also experience school kidnapping.
Mohammed stated this on Monday while featuring on Channels Television’s ‘News Night’.
CityNews Nigeria gathered that the minister insisted that the government would not pay ransom to secure the release of the abducted students and members of staff of Government Science College in Kagara, Niger State. He added that the government was employing kinetic and non-kinetic means to ensure the release of the abductees.
Mohammed said, “Even in the most developed countries of this world, school kidnapping takes place. Last year, in the US, we all witnessed three of four school kidnappings, and that is in probably one of the most developed countries in the world.
“The thing about terrorism is that the terrorists don’t live by your own rules and they are especially interested in soft targets. They know that what is going to get global attention is kidnapping school children.
“We must be careful; we can’t turn all our schools into barracks. What is important is intelligence gathering, surveillance rather than the physical presence of the soldiers or policemen.
“We are dealing with people who don’t think like me and you, we are dealing with people who don’t have any rules of engagement, we are dealing with people whose motivation is completely different from mine and yours. And anywhere in the world, this is how terrorists operate but the most important thing is to learn from what is happening and adapt.”
It was reported that some students and staff of Kagara were kidnapped when bandits stormed the school last Wednesday. A student was also reportedly killed by the bandits during the attack.
‌Niger State Governor, Abubakar Bello, had ordered the immediate closure of all boarding schools in the bandit-ravaged areas.
The Senate had also asked the President Muhammadu Buhari, to declare a state of emergency on security without further delay.
Wednesday’s attack happened a few months after bandits kidnapped over 300 schoolboys from Government Science Secondary School in Kankara, Katsina State.
The incident happened in December exactly on the same day the President visited his home town in Daura, also in Katsina.
The lads were, however, released some six days later but it wasn’t clear whether ransom was paid or not to secure their freedom.
Aside from Kankara and Kagara, non-state actors had also abducted hundreds of secondary school girls from Chibok, in Borno State; and Dapchi in Yobe State. Some of them eventually regained freedom while a number of them were detained in the enclaves of their abductors and sexual abusers.

Primate Ayodele Set To Host United Nations In His Church