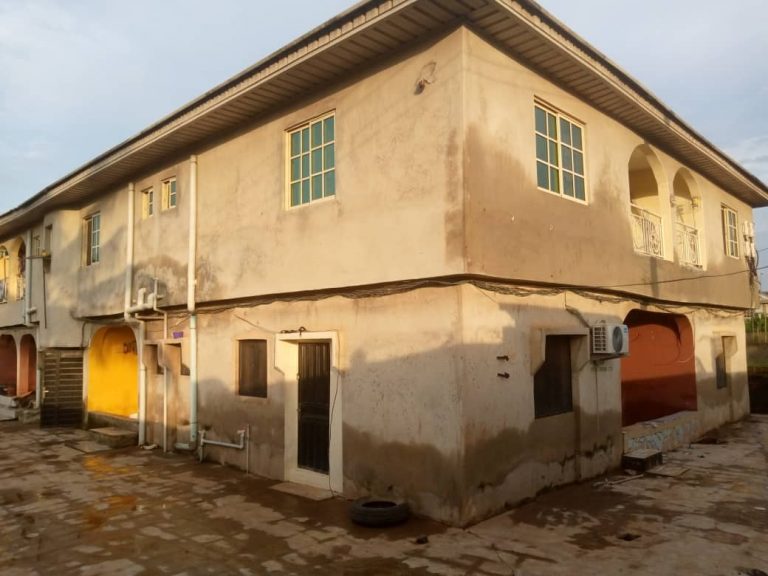 The Police in Lagos have uncovered a house and arrested the landlady for duping unsuspecting tenants with an apartment which usually gets flooded during the rainy season forcing the tenants to leave for fresh victims.

This was brought to the fore by the predicament of a tenant, Samuel Okpara, who lost all his properties.

The unsuspecting Samuel had rented the new apartment during the dry season but it later turned out that the flat was built on a sewage line where flood water usually passes during the rainy season.

Our Correspondent reports that the apartment, located at No. 19 Esther Ibekwe Street, Sewage area of Jakande Estate in Ejigbo, Lagos, was usually flooded during the rainy season as such tenants will have to move out after having made payment to give way for a fresh tenant.

Police operatives from Ejigbo Division led by the DPO CSP Olabisi Okuwobi have arrested the 65-year old landlady, Mrs. Celina Obioma, for consistently renting out the apartment knowing fully that it was not habitable during the rainy season as confirmed by the residents.

The landlady, Mrs. Obioma, is facing the charge of obtaining under false pretence and willful damage.
Narrating his ordeal, the tenant, Mr. Okpara, said he was looking for an apartment and the house was introduced to him by the landlady’s son, Sylvester, who was said not to be living in the house because of the flood.

He said that the house was painted and when he went to inspect the apartment, he discovered that there were signs on the wall indicating that flood may have affected the apartment in the past.

He asked and was told that there was no such thing again as they have worked on it and it stopped.

Mr. Okpara said he paid the rent including other expenses sometime in September, 2019, which was during the dry season.

He said when he moved into the house, residents in the area informed him that he will soon park out of the house. He asked to know why and he was told that tenants usually move into the house during the dry season and leave during the rainy season as a result of incessant flooding.

He said when the rain started two weeks ago, he was sleeping in the house only to discover that the whole flat was covered with flood. He quickly evacuated his family and lodged in a nearby hotel.

Okpara said that since then, he was homeless and pleaded with the landlady to refund part of his rent. She refused and he then reported the matter to the Police, who came to the house and discovered that he had lost all his properties in the house.

On the side of the landlady, Mrs. Obioma, she said that was how she met the place after she had invested her money on the house. She admitted that flood was the major challenge she was facing and she does not refund money whenever tenants pay her because she spent money to build the house.

Our Correspondent gathered that many tenants had rented the apartment in the past and equally left during the rainy season in tears while the house will be repainted during the next dry season for another unsuspecting tenant.

When our correspondent reporter visited Ejigbo Police Station, the landlady was seen writing her statement but the Police source at the Station said she will be charged to Court because she was willfully using the place to extort money from unsuspecting members of the public.

How our monarchs, parents can truly preserve Yoruba language – Obasa