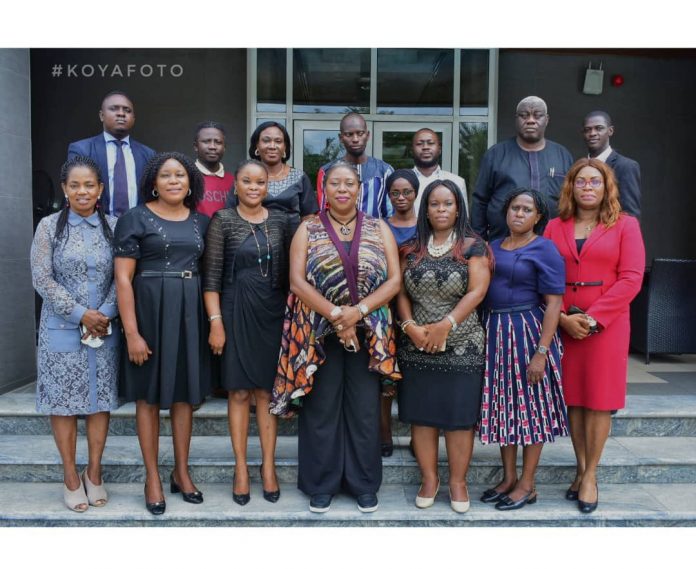 In order to sanitize and Strengthen operations of the Real Estate Market, the Special Adviser to the Lagos State Governor on Housing, Mrs. Toke Benson -Awoyinka on Thursday met with Chief Executive Directors of Real Estate Developers in the State to seek their buy-in into the implementation of the mandate of the Agency.

The meeting which was held at Georges Hotel, Ikoyi, was to deliberate on the housing sector being one of the components of the administration of Governor Babajide Sanwo-Olu in achieving a Lagos State 21st Century Economy and also to curb the rate of reported and increasing cases of fraudulent practices in the Real Estate Sector across the State.

She said the need to tackle several fraudulent activities practices within the Real Estate Sector necessitated the upgrading of the Department under the Ministry of Housing to an Agency, Lagos State Real Regulatory Authority (LASRERA).

Mrs. Benson-Awoyinka stated that currently, the Real Estate Regulatory Authority Bill is before Lagos State House of Assembly for review, stressing that the Stakeholders in the Industry will be invite for their contributions into the bill at the appropriate time.

The Special Adviser said that the acts of fraudulent practices by some Real Estate Developers in the State Government has discouraged genuine investors in the industry especially from outside the Country.

She acknowledged the fact that members of the Real Estate Developers who are Chief Executive Officers of Companies play important roles in Lagos especially in facilitating business relationships between people selling or buying, leasing or renting of landed property.

‘’Bringing prospective buyers and sellers of properties together and managing their expectations, thereby making both parties come into agreement during the transaction process being carried out, contributes in no small measure to economic growth and development of Lagos State. She stated.

The Special Adviser said, the Real Estate Developers must work with the Agency to enhance the integrity and reputation of the property market which is the vision of the State Government and the passion of Mr. Babajide Sanwo-Olu for the housing sector.

She maintained and stated that, it is worthy to note the Real Estate is the Oil of Lagos State and there are greater opportunities abound in the Industry through the confident and trust of clients during business transactions.

Mrs. Toke Benson- Awoyinka appealed to the Real Estate Developers in the State to join hands with LASRERA to curb fraudulent and sharp practices perpetrated by some people in the Sector.

“Every Real Estate Practitioners / Property Developers should register with the Lagos State Real Estate Regulatory Authority LASRERA to assist the Agency in building a database for practitioners in the Sector for accessibility by members of the public who would want to engage their services in renting, buying and selling of property,” the Special Adviser reiterated.