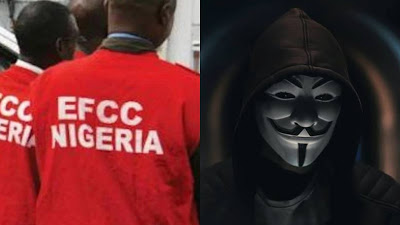 The Economic and Financial Crimes Commission,EFCC, Ibadan Zonal Office, on Monday, arraigned one Mary Akerele before Justice Abiodun Akinyemi of the Ogun State High Court 4, Abeokuta, on five counts bordering on stealing to the tune of N35,520,000.

The Head, Media and Publicity, EFCC, Wilson Uwujaren, indicated that trouble started for the 46-year-old socialite, who resides in the Aseko area of Idiroko, Ogun State, when the commission received a petition alleging that she collected the said sum in instalments from one Alhaja Abike Oladoja to supply four truckloads of rice from a milling company in Bida, Niger State, but allegedly diverted the funds.

One of the charges read, “That you, Mary Masirat Akerele (trading under the name and style of Goodness of Jesus Global Ventures), on or about the 19th day of September, 2018 at Abeokuta, within the Abeokuta Judicial Division of the honourable court, fraudulently converted to your own use the sum of N11m only, property of Fausia Abike Oladoja, thereby committed an offence of stealing contrary to Section 390 (9) of the Criminal Code, Cap. 30, Laws of Ogun State, 2006.”

The defendant, however, pleaded not guilty when the charges were read to her.

Justice Akinyemi adjourned the case till March 4 for the determination of the bail application and ordered that the defendant be remanded in the Ibara Correctional Centre, Abeokuta.

In another development, the EFCC, Ibadan Zonal Office, on Monday, secured the conviction of one Oluwatoyin Henry before Justice Sherifat Adeyemi of the Oyo State High Court sitting in Ibadan, on one count of obtaining by false pretences.

The charge read, “That you, Oluwatoyin Henry, sometime in 2019 at Ogbomoso, within the jurisdiction of this court, with intent to defraud, obtained the sum $1,200 from one Betty Mosley when you falsely represented to him that you are a citizen of United States of America by name Amanda, who is in love with him, which representations you knew to be false, thereby committing an offence.”

The convict, who claimed to be a student of the Ladoke Akintola University of Technology, Ogbomoso, pleaded guilty to the amended charge after a plea bargain agreement with the prosecution.

Based on his plea, Henry was convicted and sentenced to six months in prison.

He was also ordered to make restitution in the sum of $1,200 to his victim and forfeit his iPhone 11, Infinix Hot 5 and Nokia phones to the Federal Government of Nigeria.

According to the anti-graft agency, the suspects were arrested by operatives of the Advance Fee Fraud Section of the agency following credible intelligence on their alleged fraudulent activities.

It was gathered that laptops, phones and cars were recovered from the suspects.

Uwujaren said the suspects would be charged as soon as investigation was completed.