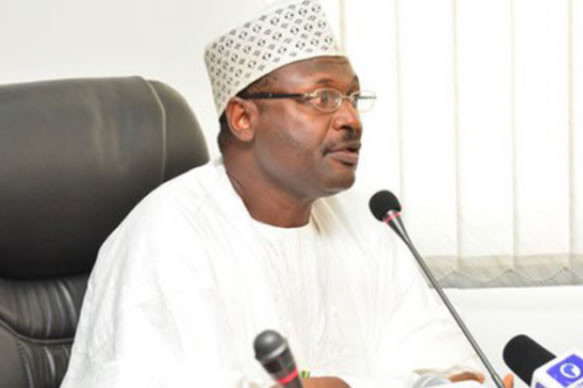 Independent National Electoral Commission (INEC) says lawmakers in the national and state houses of assembly should be barred from defecting from one party to another while in office.

CityNews Nigeria understands that the electoral body made the suggestion on Friday in Abuja at the presentation of its ‘Report of the 2019 General Election’.

According to the report, “such defectors should automatically lose their seats except in the case of merger of two or more parties”.

It said the constitution should be amended and be made to back the recommendation.

Cases of lawmakers defecting from one party to another have often stirred controversies.

In 2018, after ex-senate president Bukola Saraki and Yakubu Dogara, former speaker of the house of representatives, left the All Progressives Congress (APC) for the Peoples Democratic Party (PDP), the APC asked them to resign their positions on the grounds that the senate president and the speaker should not be from a minority party.

INEC also made other proposals including, the “creation of electoral offences commission and tribunal with powers to arrest, investigate and prosecute electoral offenders; automation of the nomination process to facilitate the storage, access and retrieval of candidates’ data. Sourcing of its ad hoc personnel from its pool of retired staff, delivery of all non-sensitive election materials to states and FCT offices 30 days to any election so as ensure proper audit and quality assurance; need to review the criteria for recruiting collation officers and returning officers”.

The recommendations, according to Mahmood Yakubu, INEC chairman, either require administrative action by the commission or amendments to the existing electoral legal framework by the national assembly.

“Some of the recommendations that require administrative action by INEC are already being implemented resulting in improved management of the electoral process as seen in the recent off-cycle Governorship elections in Edo and Ondo States,” Yakubu said.

“We are similarly engaging with the National Assembly on aspects of the recommendations that require legislative action.’’

“It is my hope that making the two reports public will promote a better understanding of the issues and challenges associated with the conduct of the 2019 General Election and as important resource materials for research.