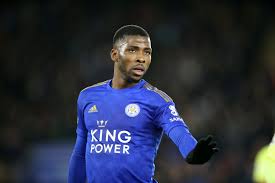 According to the Daily Mail, the Foxes will listen to offers for the Nigeria international in an attempt ro raise funds for their pursuit of Odsonne Edouard.

Iheanacho joined Leciester from English Premier League rivals Manchester City in 2017 for around £25 million and scored 10 goals in 26 appearances across all competitions this season, despite being used mostly as a bench player by Brendan Rodgers.

Aston Villa are reportedly amongst those interested in signing Iheanacho after they narrowly avoided relegation back to the Championship.

Celtic are reportedly demanding around £40 million for Edouard who worked under Rodgers in Scotland.

In total, Iheanacho has scored 20 goals in 89 games in his time at King Power Stadium. The Super Eagles forward has seven goals in 23 appearances for Nigeria. (Daily Mail)

Musa Opts Out Of Pillars Away Games Over Bad Roads