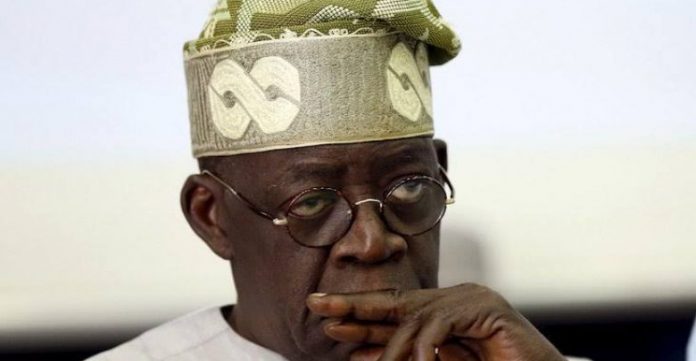 Former Lagos state governor, Asiwaju Bola Ahmed Tinubu, has denied having a hand in the killing of EndSARS protesters in Lekki area of the state on Tuesday.

There was killing of genocidal proportion at the Lekki toll-gate, the convergence point of EndSARS protesters on Tuesday evening.

The incident followed a 24-hour curfew imposed by the governor Babajide Sanwo-Olu yesterday. Most of the protesters were still stuck at the protest ground when curfew began at 4pm. They had a sit-out waving the Nigeria flag and and reciting the national anthem, actions they thought would spare them the ire of the marauding soldiers.

But what was a peaceful demonstration became a thing of chaos and uneasiness as men in uniform of Nigerian army moved in with armoured tank and subsequently unleash terror on the protesters killing many in the wake.

Other suffered varying degrees of debilitating and life-threatening injuries.

No sooner had the video of protesters scurrying for safety from the hail of bullets fired by soldiers surfaced online than the finger of suspicion began to point at Tinubu as the brain behind what many now described as premeditated murder.

Many averred that the heinous actions of the soldiers were at the behest All Progressives Congress national leader whom they said have lost millions in revenue due to the grounding of vehicluar activities by protesters on the Lekki-Ikoyi axis.

Some said he ordered the removal of the closed-circuit television camera in order to conceal evidence of the imminent atrocities.

But in a voice call, which is obtained by Ekohotblog, between Tinubu and the aggrieved protesters, he denied sending out military to quell the protests.

He noted that he does have ‘constitutional authority to order soldiers’ adding that he’s not the ‘commander in chief’.

He also dispelled the widespread notion that he owns the Lekki toll-gate.