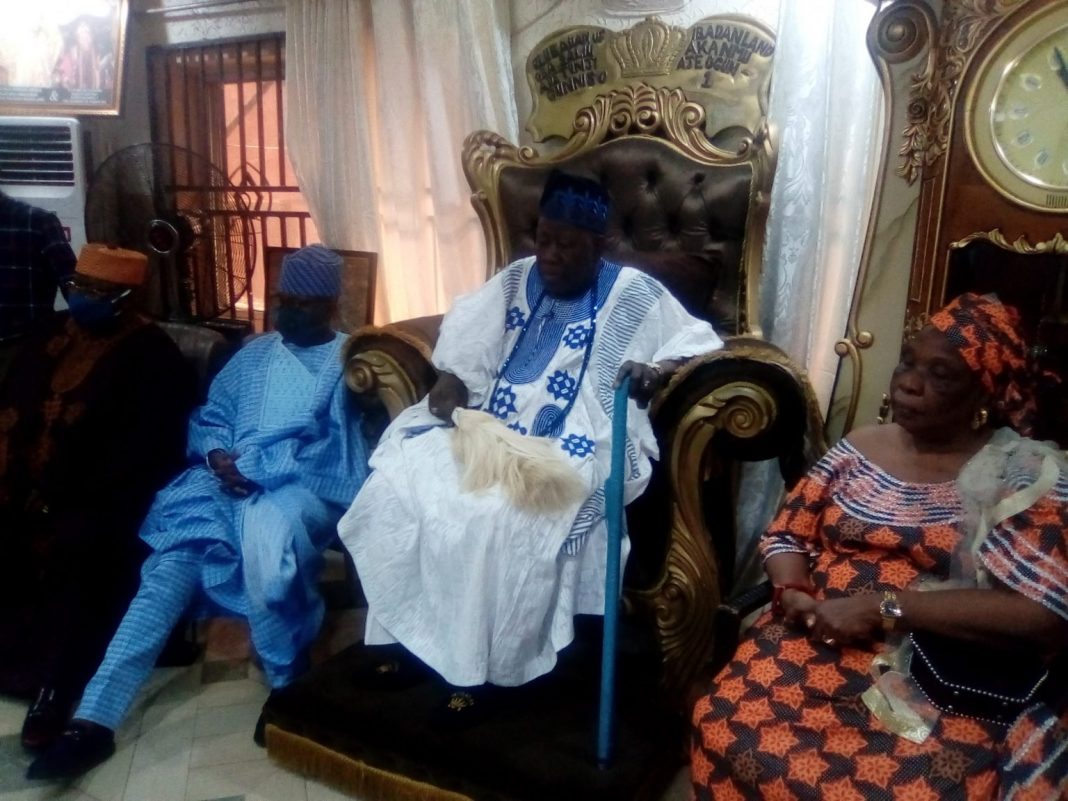 Some politicians in the South-West has begged Olubadan of Ibadan land, Oba Saliu Akanmu Adetunji to support All Progressive Congress chieftain, Bola Ahmed Tinubu ahead of 2023 presidency.

Daily Post reports that the politicians loyal to the former governor of Lagos State on Monday, December 14 paid a courtesy visit to the palace of Oba Adetunji to seek his backing for Tinubu’s emergence as President in 2023.

See more photos from the visit below; 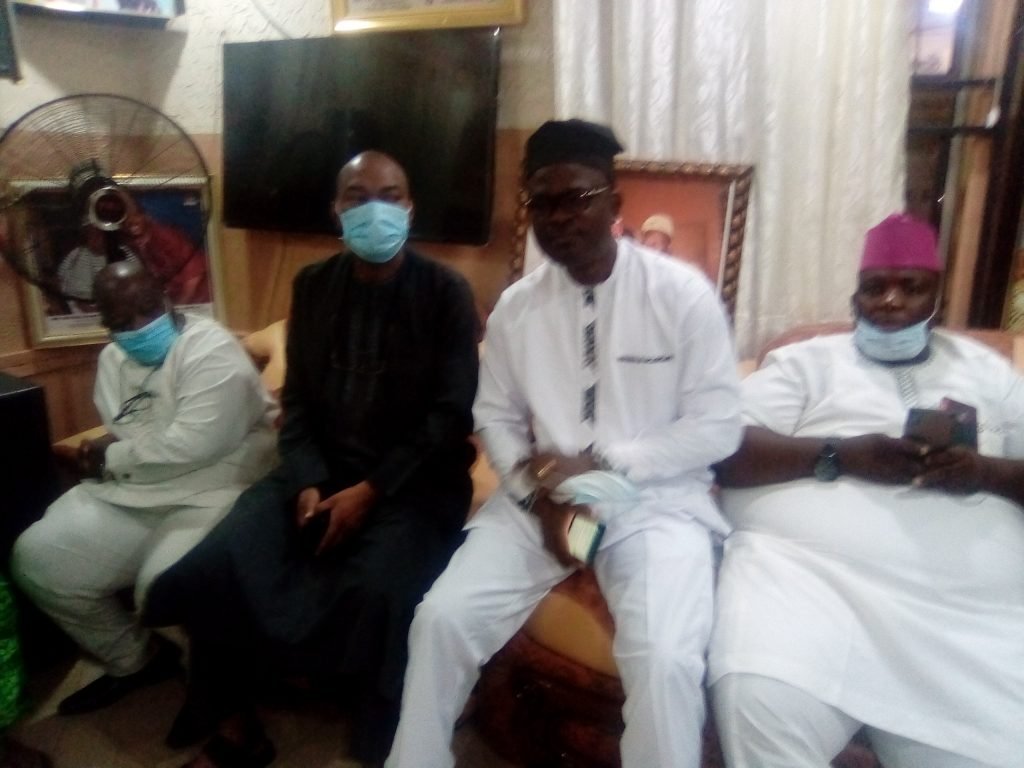 Speaking on the visit, Sen. Adeyeye who led the delegation said that “the group, christened The South West Agenda (SWAGA ’23) is a group of a rainbow coalition of like-minded politicians of South West extraction.” 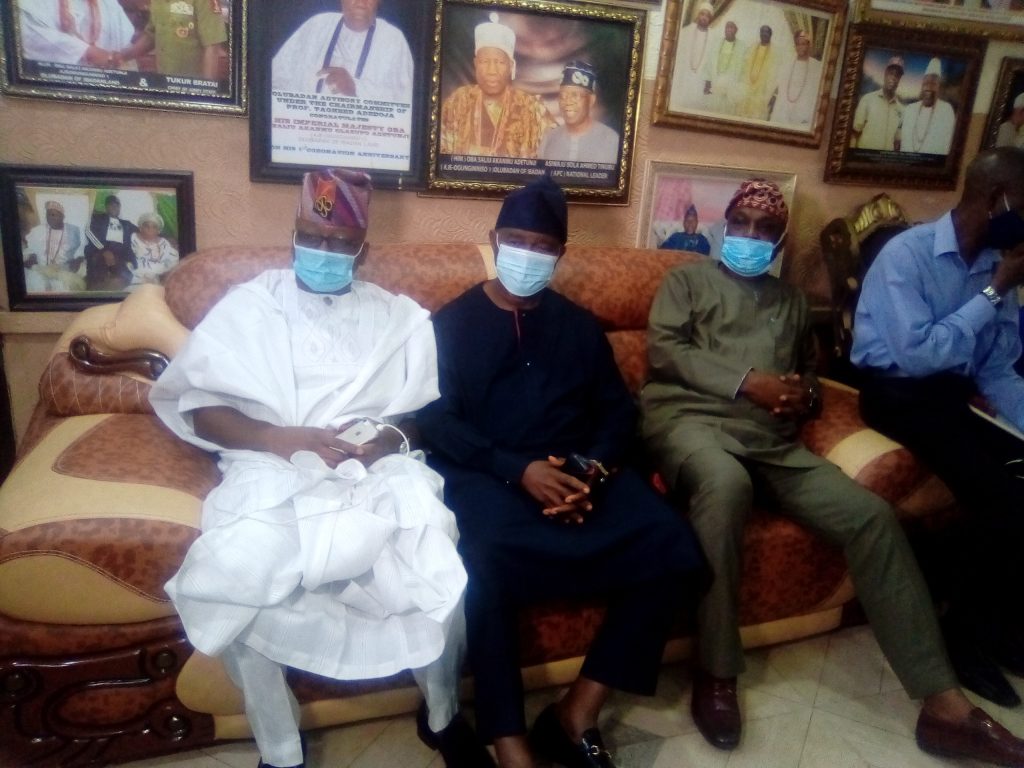 “The tour is not a political campaign but a sensitization drive,” he noted.

“The agenda of the group is to call out all well-meaning South-Westerners to encourage, market and support the candidature of their Principal His Excellency Asiwaju Bola Ahmed Tinubu (the Jagaban Borgu) for the office of the President of Nigeria in 2023.

Adeyeye added that their goal is driven by a desire for a common front to push the Yoruba Agenda for the leadership of the nation.

On his part, Makinde who had earlier represented Ife Federal constituency in the House of Representatives while introducing the group to the Olubadan said that “Yoruba race and Nigerians in general stand to benefit much with Tinubu’s Presidency.”

“We are here to pay homage to the Olubadan palace. What we are here for is Yoruba to succeed Buhari is 2023. We can’t do this without visitation to the palace.

In his response to the awareness visit as claimed by the delegation, the Olubadan said his palace is open for all Yoruba politicians who wish to contest political positions in the country.

“I appreciate you all. I am proud of you. In Nigeria, if you don’t demand for your right, they many not give you. You will prosper with this group,” the Olubadan of Ibadan said.

He added, “Let me tell you that the doors of the palace are widely opened to all Yoruba politicians who wish to seek votes.”

Speaking in an interview with Channels Television, the Rivers Governor accused the NWC of sowing seed of discord among PDP governors, Naija News reports.

Natural History Museum Brushes Up for a Reopening

Tor! Mercy Aigbe says she had a crush on 2baba for a long time