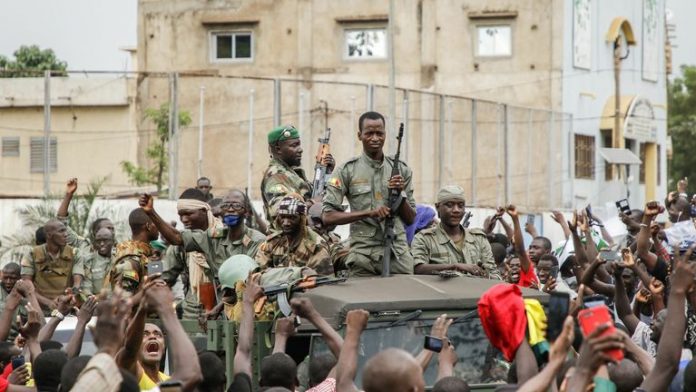 Fresh crisis looms in Mali over the appointment of the transition democratic leaders as ordered by ECOWAS.

CityNews Nigeria reports that the opposition movement has rejected a charter for a transition government backed by the ruling army officers who ousted President Ibrahim Boubacar Keita.

The military junta backed a charter for an 18-month transition government on Saturday, after a three-day forum with political parties and civil-society representatives.

But the June 5 Movement, which took part in the talks, later rejected the roadmap in a statement, and accused the junta of a “desire to monopolise and confiscate power”.

It also said that the discussions had taken place against a backdrop of “intimidation, antidemocratic and unfair practices worthy of another era”.

Conclusions from forum working groups were not reflected in the final document, the June 5 Movement said, pointing for example to broad support for a civilian transition president.

A committee chosen by the junta, which was overseeing the talks, adopted the final version of the charter by acclamation on Saturday.

Either a civilian or a military officer can become transition president, the committee’s rapporteur told delegates.

AFP has not seen the final version of the charter.

However, an earlier version seen on Saturday stipulated that a junta-appointed committee would pick the transition president, raising questions about the military’s influence.

The June 5 Movement is a loose coalition of opposition groups, religious leaders and civil figures who organised a months-long wave of protests against President Keita, which led up to his ouster and arrest in a military coup on August 18.

Some seats in the 121-person legislature foreseen in the charter are reserved for members of the movement.