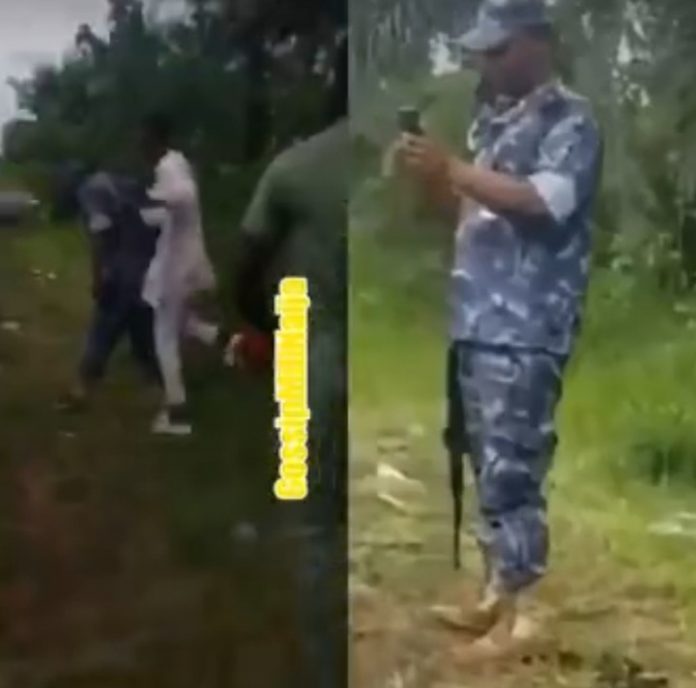 Mixed reactions as boy slaps a police officer at a checking point in Warri, Delta State.

According to reports, the police officer slapped the young man for refusing him to check his phone.

The fearless boy stood his ground and gave two hot slaps to the police officer before the intervention of his friends.

In a video making rounds online, one can see the moment the boy gave the officer the slaps and out of fear of being disarmed, he shot sporadically to scare the boys away.

From the footage, the colleagues of the officer, are seen standing from a distance while he was humiliated by the young man.

Full details of the whole saga can’t be ascertained, but the boys action and that of the officer has sparked outrage.

Nigerians who reacted to the viral video, condemned the actions of the officer an that of the boy. But more emphasis were made on the side of the boy for attacking the armed personnel. Fresh Trouble For Nigerian Traders In Ghana Over Right To Trade