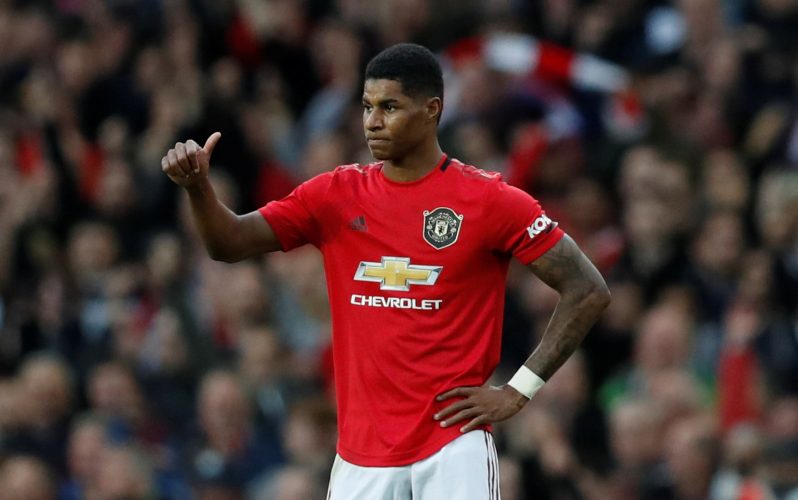 Manchester United star Marcus Rashford is the world’s most valuable player and worth a staggering £150million, according to the latest calculations by CIES Football Observatory.

While Rashford’s value has skyrocketed on account of a free-scoring season for United, Paris Saint-Germain’s Kylian Mbappe has slumped to fifth place on their list as he enters the last 18 months of his contract.

The CIES survey takes into account recent player performances as well as their age, contract situation and career progression plus their club’s wealth and success.

Rashford’s value has soared this season on account of the 14 goals and seven assists he has racked up for United and the fact Ole Gunnar Solskjaer’s team can be considered Premier League title contenders for the first time in a while.

The England forward is also young at the age of 23 and is contracted to the Old Trafford club until 2023 with the option of a further year.

France international Mbappe, 22, actually has an identical goals and assists record to Rashford this season but his value has ebbed away because he hasn’t yet committed to a long-term PSG contract.

Haaland, 20, continues to see his stock rise fast after 17 goals for Dortmund so far this season. The Norwegian will be in demand in the summer with Manchester United and Chelsea among a number of heavyweight clubs linked with him.

Alexander-Arnold, 22, is ranked as the world’s most valuable defender off the back of an outstanding couple of years in which Liverpool won first the Champions League and then the Premier League.

Fourth-placed Fernandes, meanwhile, has been a revelation for United since he arrived from Sporting Lisbon almost a year ago, contributing 27 goals and 17 assists in 46 matches to transform United into title challengers.

Dortmund’s Jadon Sancho makes the top 10 despite stuttering form at times this season and is valued at £134m, ahead of Atletico Madrid’s Joao Felix on £127.9m.

Manchester City’s Ederson Moraes is ranked as the most valuable goalkeeper at £71.9m.

With his Barcelona contract into its final six months, Lionel Messi only just scrapes into the top 100 with an estimated value of £48.8m.

But that’s still higher than Cristiano Ronaldo, 35, ranked 131st at £42.5m because of his age and the relatively short time left on his Juventus contract, which runs until June 2022.

Athens pivots to Washington for help with Turkish provocations