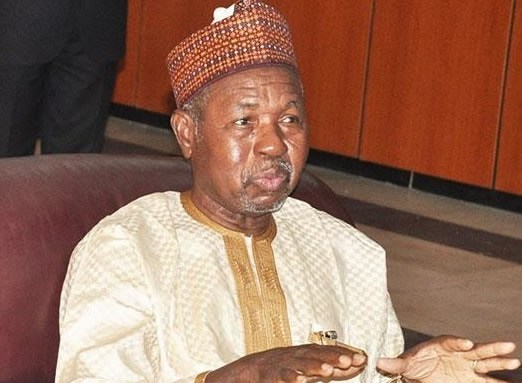 Masari has explained how Kankara Students were rescued without paying ransom.

CityNews Nigeria reports that Katsina State Governor, Aminu Bello Masari has explained that no ransom was paid to secure the release of schoolboys kidnapped from the government secondary school in Kankara, Katsina State.

Recall the Katsina State government had earlier revealed the students have been rescued from their captors and will soon reunite with their parents and families in Katsina State.

Giving further details on the development, Governor Masari said the release of the students was facilitated by the Miyyeti Allah Cattle Breeders Association of Nigeria, MACBAN.

He made the submission in an interview with German radio, Deutsche Welle, DW, monitored by newsmen on Thursday night.

He also reiterated his submission that the abduction was carried out by local bandits and not Boko Haram terrorists.

In his words, “Some hours ago, those assisting us in talks with the bandits said they have released all children in captivity. About 344 of them. And we have sent vehicles to transport them to Katsina.

“We will direct our doctors to carry out medical examination on the children tomorrow morning. They have spent six-day in the forest. We will change their clothes and we will hand them over to their parents.”

The kidnapped schoolboys were reportedly released at Tsafe near Zamfara State.

Recall that gunmen on Friday 11th December stormed the Government Secondary School in Kankara, abducted several students, and forced them into the forest.

The Boko Haram terrorist group led by Abubakar Shekau later claimed responsibility for the abduction but Governor Masari insisted the action was carried out by local bandits who might have had help from some external sources.

He also reiterated the commitment of his administration to secure the citizens of Nigeria and clamp down on all criminals and terrorists.

JUST IN: Many feared dead as gas explodes in Lagos (Video/Disturbing)