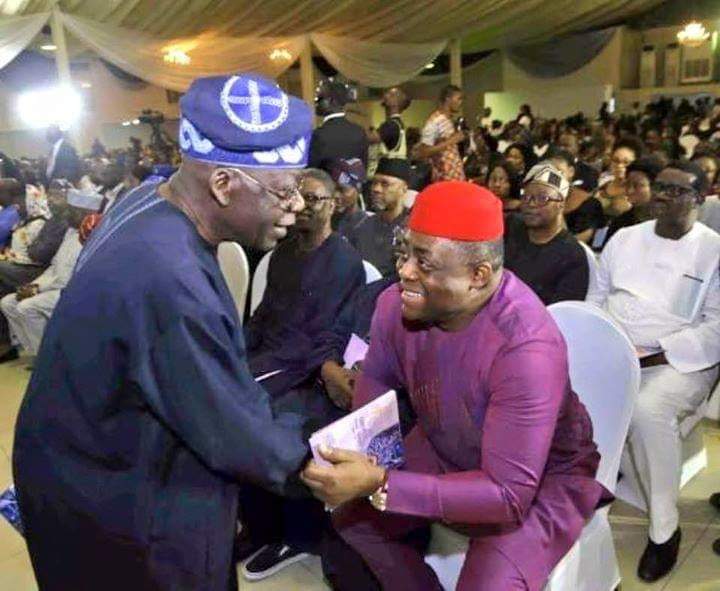 The Movement for the Actualization of the Sovereign State of Biafra (MASSOB) on Wednesday said it was certain that former aviation minister, Femi Fani-Kayode had concluded his defection to the All Progressives Congress, APC.

MASSOB in a statement made available to DAILY POST, described the move as an act of betrayal on the part of the former minister.

The statement signed by Comrade Uchenna Madu, Leader of MASSOB, said Fani-Kayode took the decision in order to enable him campaign for APC, leader, Bola Tinubu.

Ever since the former minister visited APC leaders, speculations are rife that he is on his way out of the opposition, Peoples Democratic Party, PDP.

READ ALSO:   BREAKING: IGP Adamu 'Hands Over To DIG Sanusi' As He Retires

Reacting, MASSOB said, “he has been romancing with the APC politically since mid last year after Bola Tinubu convinced him to stop criticizing President Muhammadu Buhari’s clueless administration.

He added that, “the second reason for Femi Fani-Kayode’s defection to APC is to campaign for the former president Goodluck Jonathan if Bola Tinubu’s presidential ambition crashes.

READ ALSO:   Police Speaks About 'Attack On University Of Abuja'

“Goodluck Jonathan will soon declare for APC because of the promise and assurances given to him by the Northern caliphate. These political arrangements and strategies will fail because Nigeria is heavily pregnant, only the people of Southeast will determine if she will live or die because we hold the lifewire of Nigeria.”

He added that, “MASSOB is not against APC, neither does it support PDP. We have respected Igbo leaders in both APC and PDP whom we equally respect. APC and PDP should not push the people of Southeast to the wall because Ndigbo holds the survival and destruction of Nigeria.

The destruction of Nigeria will never affect Ndigbo but it will totally destroy the Fulani and their Hausa collaborators, even the Yoruba will not survive it.

“The Northern caliphate can no longer dictate the political future of Nigeria again. The political reality of 2023 will prove them wrong because Ndigbo will take another political dimension that will determine the next step for Nigeria.”

The pro-Biafra group advised Igbo leaders associating with Fani-Kayode “to exhibit extra care because Fani-Kayode is a core full blooded Yoruba man who always hates everything about Igbo. He is a betrayer. He can never support an Igbo man to be president of Nigeria. He is an unrepentant political sadist against Igbo interest.”