Home Lifestyle Meet Italian teenage princesses who were home-schooled in six languages.. one a... 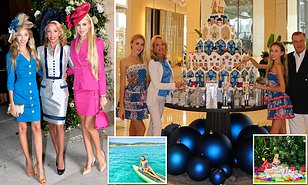 Talk about being born into a privilege life and having everthing. Not just material things, but attending the best events in the world, an ambassador of Passion Sea, a member of the UN Women For Peace Association a model for D&G all by just BEING A PRINCESS.
These two young ladies are living the life, and well, no might nor even need to work all their lives as well! We were not born equal o, lol, leave matter. Their story…
Two Italian princesses are rapidly amassing legions of fans on Instagram as they show off their charmed lifestyle and you’ve probably never heard of them…. yes!
Princess Maria Carolina, 17, and Maria Chiara Di Bourbon-Two Sicilies, 15, are the daughters of Prince Carlo, Duke of Castro, 57, and Princess Camilla, Duchess of Castro, 49.
Prince Carlo holds a claim to the now defunct throne of the former House of Bourbon-Two Sicilies, a cadet branch of the Spanish royal family, which descends from the Capetian Dynasty and ruled over Southern Italy and Sicily during the 18th and 19th centuries.
Although the family has no official remit, they spend their time doing charity work and promoting the interest of Southern Italy.
The prince’s daughters enjoy a life of luxury, spending their time between Italy, Monaco, Paris and St Tropez, soaking up the sun, sporting designer labels and making the most of their families’ wealth.
They are also actively involved with charity work and rub shoulders with the most elite socialites of Europe, speaking fluently in English, French and Italian.
The two princesses want for nothing and are often showered with gifts from their doting parents for their birthdays.
On their respective Instagram accounts, they share snaps of their holidays around the globe, from Paris to Dubai and New York. 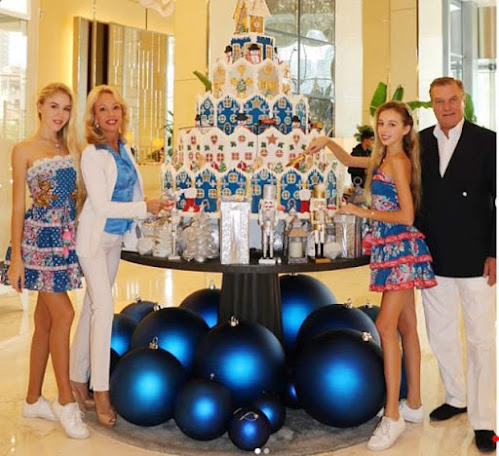 The eldest, Maria Carolina, Duchess of Calabria and of Palermo – or Carolina for short – was born in 2003 in Rome. She is her father’s direct heir and will inherit his title and duties, as well as his claim to Head of the House of Bourbon-Two Sicilies.
Her godparents at her Sardinia baptism were Prince Pierre of Arenberg, Anna Maria Pisanu (the spouse of Sardiana’s president Guisseppe Pisanu) and Spanish model and actress Ines Sastre. 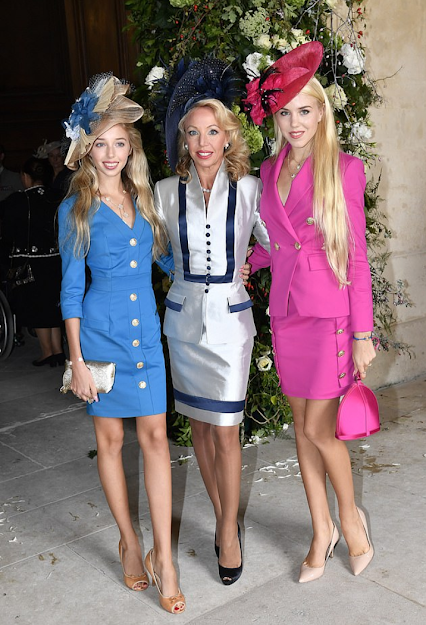 At just 17, she’s already a natural at public engagements, having accompanied her parents throughout her teenage years, worked as a model for Chopard and Dolce & Gabbana, and even made their big screen debut in a film with Nicole Kidman.
In an interview with French-speaking magazine SoirMag in 2018, she revealed she was home-schooled in six languages.
She is an ambassador for Passion Sea since 2015, a project which promotes the safeguarding of the oceans and seas eco-system.
Carolina is also a member of the UN Women For Peace Association and took part in its Peace March in 2016, in New York.
Her eyes are set on the silver-screen, and Carolina hopes to study at the New York University of Art and pursue a career in film, following in the footsteps of her grandmother, Edy Vessel, who held a small role in Otto e Mezzo by famed Italian director Federico Fellini.
In 2014, she and her sister had cameos as young girls reading poetry in Grace of Monaco, starring Hollywood legend Nicole Kidman.
When she’s not attending to her charity work, the aristocratic beauty is seen at Paris, Rome and Monaco’s most select events, such as the Debutante Ball – known in French as ‘Le Bal des Debutantes’, or ‘Le Bal,’ – where she and her younger sister were spotted in November 2019.
On Instagram she indulges her 87,500 followers with snaps of her designer outfits, families trips around the world and enthuses about her love of make-up by documenting her visits to Sephora stores.
She has a close relationship with her family, especially her mother and sister, who make regular appearances in her feed.
Charia, Duchess of Noto, who is two years younger, was also born in Rome, in 2005.
Like her sister, she has illustrious godparents, which include Princess Michael of Kent, Princess Victoria Windisch-Graetz, Prince Augusto Ruffo di Calabria, and Swiss businessman Sergio Mantegazza, who, according to Forbes, is the 16th richest man in Switzerland.
She shares her sister’s passion for travelling and charity work and documents her love of fashion on Instagram, where she counts 57,800 followers.

Breaking: Buhari’s New Chief of Staff,Gambari To Be Unveiled At FEC Meeting…Resumes Today

Coronavirus could be found in semen and spread by sex, new research shows