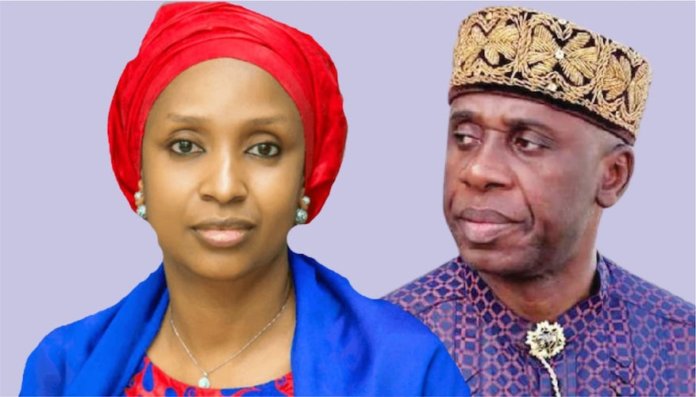 A national daily had on Tuesday claimed Amaechi requested that the two companies be selected to manage Bonny and Warri Channels, a request the NPA rejected because it violated due process.

Magdalene Ajani, permanent secretary of the ministry in a statement described the report as false.

“This is due to the fact that it is apparent that the intention of the story is to attempt to pre-empt the outcome of the panel’s work, unduly seek to personalise a serious national issue bordering on transparency and accountability in the handling of public finances and attempt to drag the HMT into the arena of brick-bats and mud-slinging in order to force a distraction from the assignment now being undertaken by the panel.

“It is however necessary to quickly clear the air on the weighty allegation contained in the article.

“It is to the above specific malicious and unfounded comments that this rebuttal strictly responds, as it borders on a deliberate attempt by the newspaper to drag the reputation and integrity of the HMT in the mud by an unfounded and malicious allegation, which is designed to hoodwink the Nigerian public, call into serious question the processes and standard operating protocols of the Federal Ministry of Transportation, and denigrate the person and standing of the Honourable Minister in the process.

“It is necessary to place on record that while ‘Channel Management’ contracts have been routinely awarded over the years by the Nigerian Ports Authority at a cost of between 50 and 60 billion naira on an annual basis, the Honourable Minister has adopted a firm position that the NPA should undertake the job of channel management on an in-house basis through the acquisition of the necessary machinery and professional capacity given the humongous annual sums paid out to dredging contractors by the authority.

“Indeed, following the expiration of the Channel Management contracts for the Lagos, Bonny and Port Harcourt Channels in 2020 and the initiation of the contractual process for the renewal of the said contracts early in 2021, the HMT on 22nd January, 2021, while responding to a request for the NPA to provide requisite details related to the proposed transactions directed in the following words:

“Para. 10 approved. There is the need for NPA to know that they should purchase their own equipment and not award any contract.

​“In light of the above, it is indeed difficult to reconcile the newspaper’s wild, malicious and unsupportable claim that the Honourable Minister insisted on the contracts being awarded to ‘two Chinese companies’ with the documented evidence of his position that the NPA was engaged in obvious profligacy and wastage of public funds to be spending over fifty billion naira (N50 billion) on an annual basis on contracts for which it could purchase machinery and build in-house capacity for greater long-term benefits. It is a mark of unprofessionalism and manifest unfairness, in our opinion, that in publishing this obviously sensational and targeted story, the newspaper did not consider it necessary to contact this Ministry for its side of the story before rushing to press to satisfy its sponsors.”