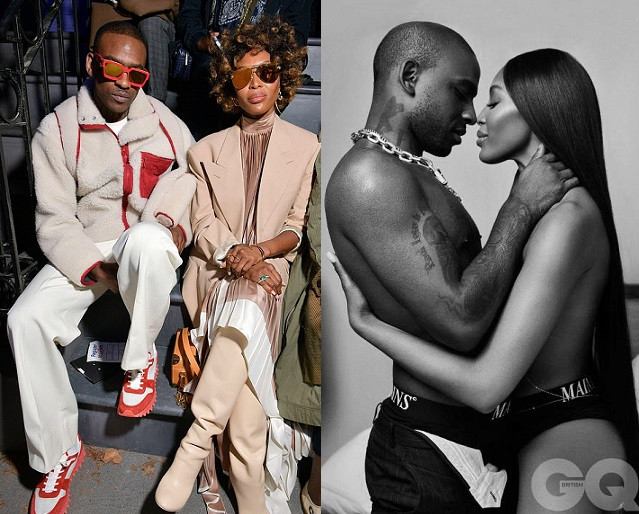 Naomi Campbell has rubbished reports suggesting that she is no longer on speaking terms with her ex-boyfriend, Skepta.

This comes after she said in her recent interview that she is still friends with her famous exes Mike Tyson and Robert DeNiro, but is estranged from her most recent ex.

She told Times Weekend magazine: ‘Why don’t you say it the other way round? Surely it was their privilege just as much as mine to be with them? But yes, I had some wild and exciting times until I changed my life aged 29.

‘Whatever they say about me, I have remained friends with all my exes… except the last one.’

The model went on to explain that she thinks it’s a ‘waste’ to lose people from her life after her relationships end.

‘I do know that friendship is the thing that lasts. I saw Robert De Niro just before lockdown and I’ve talked to Mike [Tyson) on the phone. It’s such a waste to lose people,’ she said.

It appears Skepta wasn’t the most recent ex she was referring to in her interview.

Reacting to the reports, the British supermodel took to Instagram today, June 22, to share two cute photos of herself and Skepta including a snap from their raunchy photoshoot for GQ magazine and then wrote: ‘STOP! All love between Us @skeptagram.’

Back in 2018, the British supermodel, 50, and Grime rapper, 37, were romantically linked but they didn’t confirm their relationship to the public before their breakup.

Naomi later unfollowed Skepta after he posted a baby scan on Instagram to announce he was expecting his first child. She also deleted every trace of him from her social media accounts.

Seeing double! BamBam and hubby Teddy A deny allegation of her having a black eye...

Athens pivots to Washington for help with Turkish provocations