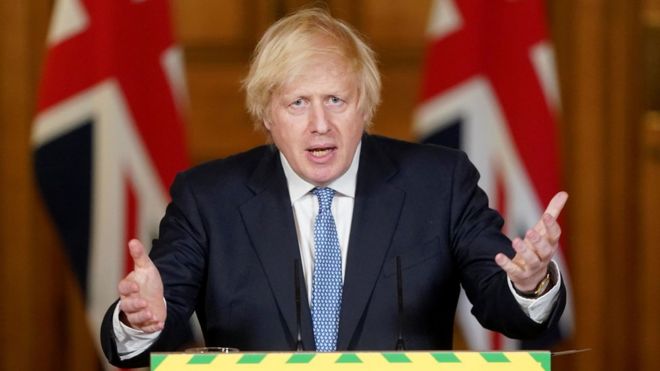 The Dutch government has put in place a flight ban from the United Kingdom, citing concerns about a particularly infectious strain of the coronavirus in southern England.

The ban, effective from 6 a.m. on Sunday morning, will remain in place until January 1 at the latest, the government said.

Stating it was “closely monitoring developments,” the government said it would consider additional restrictions on other modes of transport and would also coordinate with other EU countries on how to limit the risk of the new virus strain being spread from the U.K. to the Continent. It’s the only country so far to restrict travel.

U.K. Prime Minister Boris Johnson on Saturday evening announced new restrictions in London and the south-east of England, telling a hastily arranged press conference that scientific evidence suggested the new strain of COVID-19 was up to 70 percent more transmissible than earlier variants.

“A contagious new variant of coronavirus has been detected in the United Kingdom. This strain of the virus is thought to spread more easily and more quickly and is also harder to detect,” the Dutch announcement said.

It said one case involving the variant had so far been detected in the Netherlands — in early December — and was being investigated further.

READ ALSO:   Two men who spent 30 years in jail for murder they didn't commit have their charges dismissed

“Pending further details and greater clarity on the situation in the United Kingdom, RIVM [the National Institute for Public Health and the Environment] has advised that the risk of the new virus strain being introduced to the Netherlands should be minimised as much as possible by restricting or regulating travel from the U.K.,” the announcement read.

“The government wishes to emphasise once again that travelling abroad carries a substantial risk of spreading coronavirus,” it added. “Do not travel unless it is absolutely essential.”