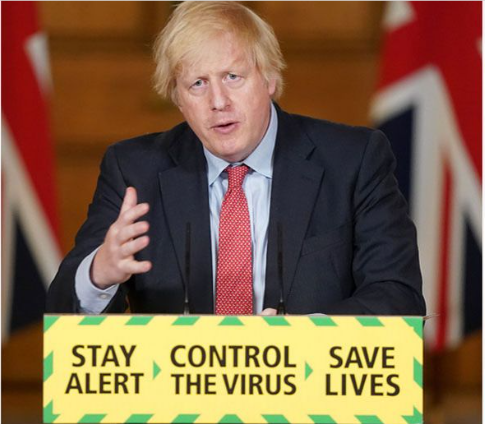 CityNews Nigeria reports that European Union countries are panicking the moment due to a new strain of Covid-19 virus which has just been discovered in the United Kingdom.

Many of these EU countries are now taking precautionary steps in order to stop the new virus from entering their shores.

CityNews Nigeria gathered that the new strain of COVID19 which erupted in the United Kingdom, and specifically, London, can add to EU’s health emergency and the countries are now taking a lot of caution and temporarily halting all flights to and from the UK until this new strain is brought under control.

France banned all travel from the U.K. for 48 hours from midnight Sunday, the prime minister’s office announced. The French statement said the short two-day period would buy authorities time to find a “common doctrine” on how to deal with the threat. It specified that “flows of people or transport to the U.K. are not affected.”

The German government said it was banning flights coming from Britain in reaction to the new coronavirus strain. The transportation ministry said all U.K. flights with the exception of cargo flights were no longer allowed to land in Germany starting at midnight Sunday. It didn’t immediately say how long the flight ban would last, but news agency dpa reported it would be in place at least until Dec. 31.

Germany, which holds the rotating EU presidency, also called a special crisis meeting on Monday to coordinate the response to the virus news among the bloc’s 27 member states.

Recall that the EU region has lost so many lives to the first strain of Covid-19 ,the need not to lose more people may have informed their decision to shut out the United Kingdom as holiday-makers coming for yuletide celebrations may bring the virus home.

CityNews gathered that the UK health sector is not sufficiently prepared to handle a sudden and unpredictable surge of this pandemic as Prime Minister Boris Johnson – according to opposition- ignored warnings from health experts who had warned the country of the new type of virus which is ‘far more contagious than the first one.

Military Overthrew Civilian Govt To Save Nigeria From Disintegration – Babangida