Home News Nigerian politician as a symbol of vanity – Banire 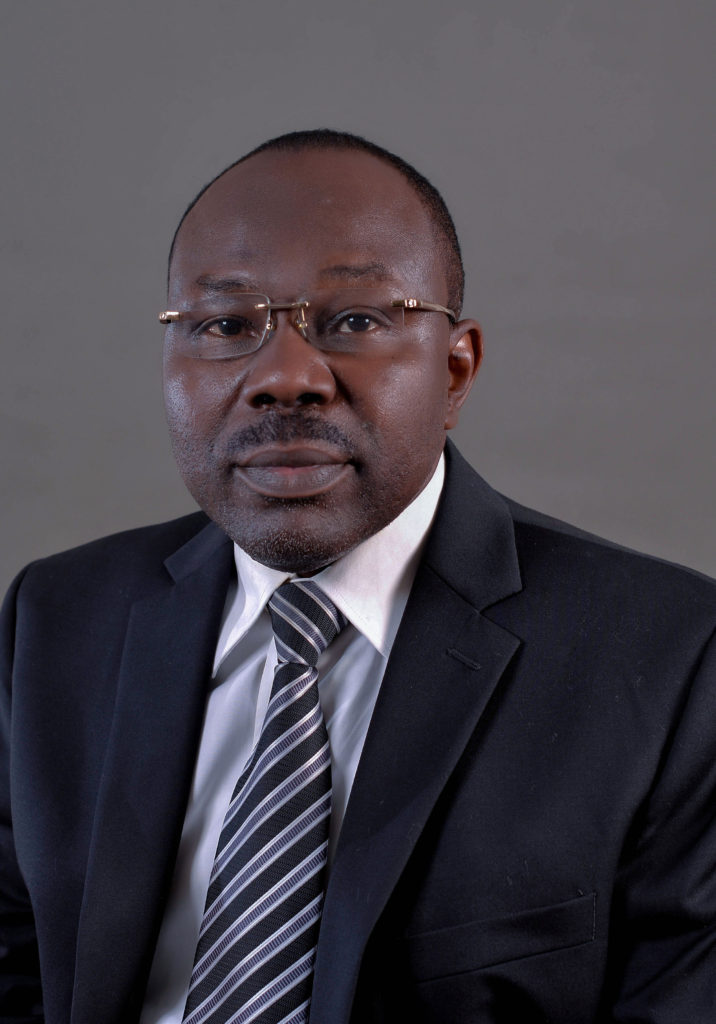 In the last couple of months, much prior to the invasion of our earthly space by the COVID-19 pandemic, Nigerian politicians had resumed their usual political gymnastics against the next series of elections in the year 2023.

The struggle is today getting fiercer already with its toll on the ruling party, particularly.

This is no news, as the belief in Nigeria is that the power of incumbency at the centre is crucial to success at both the central and all other levels of election. Hence, the pressure is usually on the ruling party by the various aspirants to public offices.

As apparent to all, public offices in Nigeria are big attractions in terms of the glamour and perquisites they dangle, more so in a battered economy where such public offices now remains the major industry left for the citizens to survive on. This explains why the strife for public offices is often inordinate.

Politicians in Nigeria believe they own time and space in fee simple absolute and are able to determine their tenure in this world.

They seem to have secured certificate of long or eternal life from God.

This often confirms the lunacy in most of them as reflected in their primordial sense of accumulation of property and the ambition to control public resources for selfish benefits. With apology to atheists, I believe that most people of faith, Christians, Muslims and even traditionalists, believe that we do not own more than the moment we are alive. The very next moment belongs to God. This certainly is not true with this species of human beings called Nigerian politicians as this “theory” doesn’t resonate with them.

They have planned and deludedly actualised their plans for the next 30, 40 and 50 years. They are, however, not far from the trend in the country where we have multiple number of religious people but a very negligible number of godly people.

The interesting thing is that not even the reality of COVID-19 can checkmate their blind aversion to the transience of human existence and the absoluteness of death. Regardless of the high-profile deaths among them, they are not scared nor cautioned as they are never alive to the truism that iku t’o n pa ojugba eni, owe lo n pa fun ni (the demise of a relative is a signal of one’s mortality).

This is why, in the midst of the pandemic, they are still very much alive, boisterous and dynamic in their trade.

They still gallivant around with reckless rodomontade and unrestrained sense of invincibility. Recent statistics around the world on a daily basis prove the worthlessness of human aspirations that do not serve the benefits of humanity. Should their struggle for power be for public good, one would not have been bothered about their strife.

Experience has shown that their struggle for public office is essentially for personal aggrandizement and selfishness.

It is no news in Nigeria today that no citizen or voter believes the electoral promise of any candidate, and Nigerian politicians have never disappointed the people in this respect.

The interesting thing for the politicians in the struggle for power is that they know no limit.

They can go to any length in the bid to secure power both physically and spiritually.

They contest the divine pronouncement both in the Bible and the Quran that all powers belong to God, and that all good things are exclusively in the hands of God.

While they may quote generously from the scriptures to mask their avarice and fetishness, their aversion for the scriptural truth is of zenithal monstrosity. As far as they are concerned, their dexterity and sagacity, and, at times, their wealth (ill-gotten, most times) and monopoly of force, can secure them those positions they lust after.

This explains why they rig with reckless abandon knowing that the state of the law has prettily made it impossible to prove rigging in law courts, especially when it comes to proof of violence and fraud.

In the event that such gruesome politicians, as I would like to describe them, succeed in occupying public office, they become monsters.

Let me, for whatever it is worth, remind the politicians that the various public offices they hold are subject of trust.

This necessitates public accountability of the resources vested in them.

However, what we experience most times is betrayal of this sacred trust.

There is no shred of transparency in governance in Nigeria. With the pandemic, one would have thought that Nigerian politicians would have learnt one or two lessons, but this appears not so.

This is the crux of our discussion today. An average politician today, as said earlier, struggles for public office in order to amass wealth and power.

They often forget that the acquisitions are worth nothing but amount to building vanity upon vanity.

The Bible says, “what does it profit a man to gain the whole world and lose his own soul?” In the same tone, the Quran admonished us that the search for power and wealth is a mirage. Till a man’s death, nobody can attain his wants. The net effect of the divine injunctions is that we shall certainly in the hereafter account for the acquisitions, which, unfortunately, we cannot even transit with into the other world; the hereafter.

The truth is that all that we acquire in this earth belongs to us temporarily, while the true and permanent ownership remains with God. Why the unbridled acquisitions then? My take is that, with the ravages and grim harvests of COVID-19, the urge and zeal for power and material things ought to reduce. Hundreds of public figures have succumbed to the toll of the pandemic while thousands of less privileged persons have taken sudden exits from this world, which should remind us of our mortality and the fact that it can happen to anyone and at any time.

Today, we can’t ride our best cars to most places again as there is hardly any more social function where the glamour of impressive cars used to steal the latest of shows. Our best clothes acquired for events are on vacation in our various wardrobes, accumulating dust that we all shall ultimately become.

Our Ferragamo and Louis Vuitton shoes that we used to knock the earth in angry display of arrogance took a long leave of absence that ought to tell us they could really do without us.

Money itself is beginning to be meaningless as the enjoyment of it is restricted by the pandemic.

In fact, societies where their medical capacities in the past put life expectancies on enviable pedestals have been humbled by coronavirus with multiples of death on hourly basis.

Yet, here, where we have no capacity to rescue from ordinary malaria, our politicians still wax strong in licentious gusto for wealth and intoxicating power grab. In the face of all these, I reckon that sane people should be having a rethink about uncontrolled acquisition of material things or the strife to acquire power, which will ultimately leave us if we do not leave it.

Not so for most politicians, however; the crazy struggle continues, not even with the demise of some of their contemporaries and loved ones.

Is this not idiotic or stupid?

It reminds me of a story of a politician of over 70 years of age who recently built a two-floor duplex to move into. Bad enough that he failed to realise that he was at the departure lounge already. Here is a man with severe arthritis.

How he intends to be moving up and down in the newly acquired mound of concrete remains a mystery! While it is a truism that death is not a function of age nor ailment, by natural order of things, however, most of these politicians are really in the departure lounge already just waiting to be boarded onto the lonely flight and fright of the grave. Why the acquisition beats my imagination!

The only explainable reason might be to secure the future for their children, which, regrettably, is not in their hands.

As characteristic of politicians, they always believe they can fix all things with their skills.

The sad commentary is that even where they succeed in leaving behind this vast wealth, it ends up being a burden to their children. It is usually a catalyst for chaos and anarchy in their families.

Nobody can secure the future of his children by wealth inordinately accumulated to the detriment of the masses.

A house moulded with spittle will crumble to the gentle touch of the morning due.

What a shame! How are the legacies of the lunatic frittered to unintended beneficiaries! When are our politicians going to learn? It is in the hereafter definitely.

These are the ones Yoruba call ad’orun mo ooto, that is, those who only discover the truth in the grave.

What is required of man to live a life of moderate comfort is far below the acquisition of an average Nigerian politician.

He does not only struggle to acquire power for himself but aspires to plant his beloved surrogate with whom he is most pleased in power, believing that the latter would preserve his accumulation and cover the secrets of his vanity while in office.

But nemesis has been judging them while alive as most godsons and godfathers never enjoy a cordial relationship beyond the celebratory mood of victory after the elections.

Rather than allow society to govern itself, the Nigerian politician wants to rule in perpetuity, forgetting that history has never recorded such a feat in favour of any mortal.

I hope that the Nigerian politicians will turn a new leaf towards life and public office.

2023: What Shehu Sani Said About Bakare’s ‘Endorsement Of Tinubu’