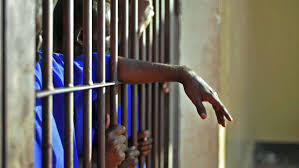 The High Court of Tanzania has sentenced Mike Nwankwo, a clothing retailer in Abuja, Nigeria, to life in prison after finding him guilty of drug trafficking, TheCitizen reports.

However, Judge Mohamed Gwae, who heard the case, acquitted the first accused, Ms Mastura Makongoro, Nwankwo’s girlfriend, due to lack of evidence against her.

The verdict against Nwankwo and his girlfriend was handed down on Friday where Judge Gwae said the testimony of nine witnesses to the prosecution and 18 exhibits, confirmed the indictment against the Nigerian citizen beyond any reasonable doubt.

According to the case, the prosecution claimed that on February 12, 2014 at the Kilimanjaro International Airport (KIA), the defendants were found transporting 5,126 grams of heroin to Freetown, Sierra Leone.

It was reported that the defendants were lovers. The first defendant, Ms Mastura, had asked his boyfriend Sh15 million for the construction of a house, and the latter replied that he would find her a job that would provide her with the money. Then, the second defendant assigned his girlfriend to transport a bag containing the drugs to Sierra Leone.

On the day of their arrest, the Nigerian national escorted his girlfriend to KIA where she entered and underwent inspections and was given a boarding pass by Ethiopian Airline.

Upon completion, the defendant, who was a student at Bandari College, went to sit in the waiting room and her bag was sent to an Xray machine for inspection.

However, security officers became suspicious and called the accused to reduce some of her belongings. It still was heavier than the allowable luggage weight and the officers suspected something was hidden.

Police officers decided to tear up the bag and thus they came across four envelopes that contained the drugs and in an initial questioning, the accused claimed the bag had been given to her by her boyfriend.

The suspect was taken to the KIA Police Station, and while she was being held there, the second accused returned to the scene searching for his girlfriend after he suspected something was wrong. While at the scene, the police suspected that he was the one mentioned as the bag owner and arrested him.

Judge Gwae said he acquitted the first defendant because in the way the drugs were stored in the bag, she would not have been aware that there was anything extra in the bag.

COVID-19: Don’t send your child back to school if you are not comfortable – FG...