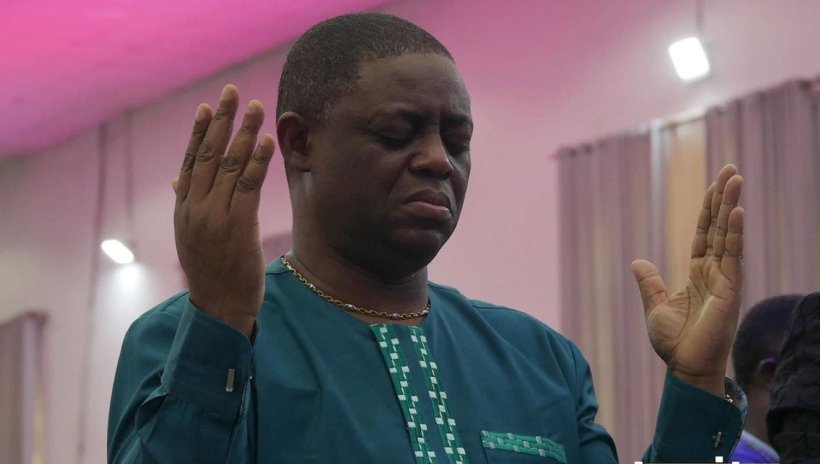 Former Minister of aviation Chief Femi Fani-Kayode has welcomed another son from an unknown woman and this is generating a huge debate on social media.

CityNews Nigeria reports that the ex-minister expressed his excitement at the arrival of the baby in a tweet on Saturday.

Mr Fani-Kayode shared a photo of the baby but cropped out the face of the person carrying the baby.

The critic took to his twitter handle on Saturday with the picture of him carrying a new born baby, as he wrote: “Welcome to the world son! You are a great blessing. I am so happy and so proud of you.

READ ALSO:   Kunle Afolayan Releases Beautiful New Photos Of Himself And The Kids

“God bless and keep you now and always. You shall fulfill your purpose and achieve destiny.” 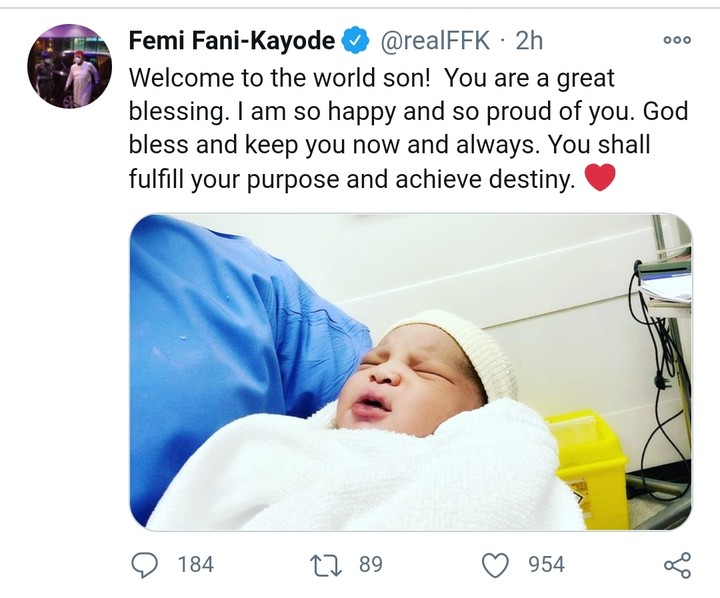 Now, tongues have begun to wag on social media after former Aviation Minister, Femi Fani-Kayode announced the arrival of a new born baby on Saturday.
And the question many people were asking Fani-Kayode is: who is the mother of the baby?

Citynews Nigeria recalls that Fani-Kayode broke up with his fourth wife, Precious Chikwendu in September, 2020.

The marriage broke down about four months ago over alleged incessant domestic violence, which the former beauty queen could not condone any further.

Meanwhile,Fani-Kayode had disputed facts that he abused Chikwendu, but that she was the aggressive one.

Read some other comments below 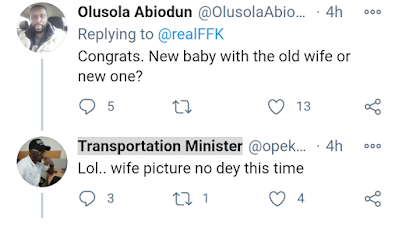 I’ve made mistakes with my female fans – Bolanle Ninalowo