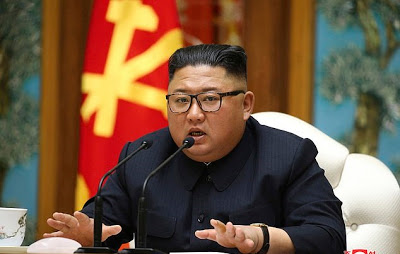 North Korean authorities have revealed to citizens in public lectures that there were confirmed cases of the coronavirus in the country as early as the end of March.

The news comes following initial denials by the secretive state, who in official statements from the capital Pyongyang claimed that it has not had any confirmed COVID-19. cases.

Radio Free Asia reported the latest news on late Friday, in which it was detailed how lecturers, speaking to organisations and neighbourhood watch groups, said there were cases within the country, without giving any numbers – citing two sources; one in Pyongyang and one in Ryanggang province.

The lecturers said the confirmed cases were in Pyongyang, South Hwanghae province and North Hamgyong province, RFA reported, and follows on from early denials by leader Kim Jong-un.

North Hamgyong is in the northeast region of the country, while South Hwanghae is in the southwest, showing the scale in distance which the virus has travelled.

Pyongyang had previously reinforced border checks and ordered foreigners from any country that has reported a case of COVID-19 to spend 30 days in quarantine, flying dozens of diplomats out of the country in early March.

North Korean authorities are ‘looking into whether there is still any space for infectious diseases to enter, in line with the complete blockade of borders, airspace and territorial waters’ until the global virus pandemic is under control, state media KCNA said on Saturday.

As reported by Mail Online, the secretive state had been working ‘day and night’ to build a new hospital ‘faster and better’ than planned, despite continuing to deny that COVID-19 had entered its borders.

Work on the new Pyongyang General Hospital began suddenly just under a month ago, with Kim Jong-un setting an ambitious 200-day deadline for completion.

However, he appeared to downplay any link to the ongoing pandemic at the time, making no reference to it at a groundbreaking ceremony and instead linking completion to a national holiday.

Amid the pandemic, North Korea has still been the cause of rising tensions after firing several suspected cruise missiles off its east coast on Tuesday.

New UK Covid-19 Variant Detected In The US