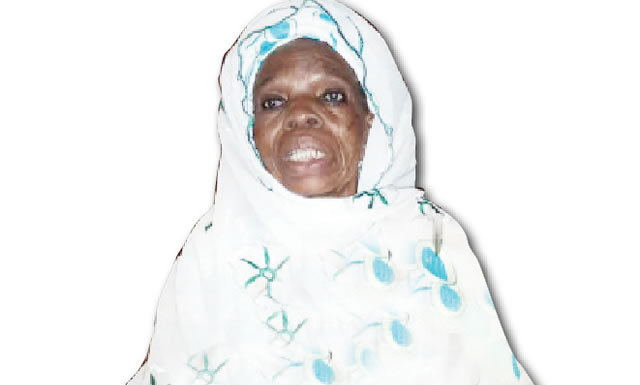 The Iyaloja of Sasa Market, Ibadan, Oyo State, Alhaja Asiawu Lamidi, talked about the recent ethnic clash in the market and how to forestall a recurrence in the future.

How long have you been the Iyaloja of Sasa market?

I have been in the market for a long time but I was installed as the Iyaloja of Sasa more than 10 years ago. Though there is no human society without challenges, things have been running smoothly and peacefully in Sasa market prior to the bloody clash. We normally meet once a week to mediate in conflicts. We usually resolve misunderstandings and manage our differences without allowing them to escalate. If it is a misunderstanding within the Yoruba people, the Baale of Sasa community normally addresses it.

Can you describe the nature of relationship that exists between the Yoruba and Hausa traders in this market?

It was good and smooth but for occasional conflicts. We used to relate harmoniously until recently when they started the rebellion. Things went so bad when those who are not for peace started arriving in the market. The Baale said there was no room for violence but they never heeded him.

Can you tell exactly what led to the Sasa market fight?

Market leadership became a problem when some people within the Hausa community rose in rebellion against the market administrators. To resolve the problem, the Baale of Sasa community raised a committee to find the way forward but some of them were not in agreement. The Hausa people then started to threaten that they would relocate to another community called Iroko. For us, we want peace. Whatever step that they may want to take, we don’t want crisis or violence in Sasa community. As eyewitnesses said, a porter, who was carrying a basket of tomatoes, splashed tomatoes’ water on a woman and that was the beginning of the conflict. A cobbler who tried to meditate between the two of them was said to have been hit by an Hausa man. The next thing that we heard was that the cobbler died the next day in the hospital. I didn’t witness the incident myself.

Was that the first time Yoruba and Hausa traders would clash in this market?

It had never been this bad. A mild misunderstanding happened and some elements resorted to violence and started burning houses and shops. You need not to be told the level of destruction. My daughters’ shops were razed. One of my daughters lost so much money and wares to the inferno. Houses and goods running into billions of naira were burnt.

Before the fight, did you foresee a clash between Yoruba and Hausa in the market?

Not at all and that was because violence of this scale had never happened here. We were always resolving our differences before now.

Can it be that the Yoruba traders have been intolerant of their northern counterparts?

Ibadan people are very receptive but they (Hausas) are impatient. Yoruba people are not violent by nature and we treat strangers with dignity.

How many lives were lost in the clash and how many persons were injured?

Ah, things got so bad as lives and property were lost. I cannot give the correct figure, so it is difficult for me to say that this is the idea of what perished. Four of my children are in the market and they lost their wares. Bags of rice, beans, truckloads of vegetable oil and many more things were destroyed. My daughter, Alhaja Fatimoh Okunade, suffered great material loss. She almost passed out but I encouraged and reassured her.

The situation was not like this before. There was peace until people with ulterior motives started infiltrating the Hausa community. We were in harmony and we saw everyone as a big family until the sad occurrence happened.

As the leader of the market what have you done or what do you intend to do about this clash and the monumental loss?

We are taking steps with those in authority. The governor and his cabinet are working hard to ensure peace and harmony in the market in particular and the community at large.

We learnt that some of the Hausa are considering relocating to Iroko community in view of the crisis.

But how can they leave Sasa in shambles and then relocate to another place thereafter? That would not be possible.

The Oyo State House of Assembly advised Governor Seyi Makinde to move the market from Sasa community to a more spacious place. What do you think about this?

We are not in support of the proposal that Sasa market should be relocated to another community. If that is done what would be our gain? Sasa market was commissioned in 1979. When we gave out the land for building the market, no compensation was paid. We came together with the understanding that we wanted development. Would it now be proper to move the market out in view of the sacrifice we have made?

What advice can you give government in order to prevent a repeat of this kind of clash?

My advice is that government should help in rebuilding the market. I pray that those who lost their means of livelihood bounce back. We are left with nothing now. Families are crying without means of livelihood as a result of the violence. For instance, my four children and I suffered untold losses.

The market started officially in 1979. The Hausas have been with us ever since as the major articles of trade are pepper, tomatoes, onions, rice, maize, millet etc.

Do you think that the anger in the mind of some Yoruba indigenes over atrocities allegedly committed by herdsmen in Ibarapaland worsened the situation in Sasa market?

I don’t know about that.

Is it true that northerners are now leaving Ibadan in droves as a result of this crisis?

You can see that they are still in their place in Sasa. They are very much around.

Bollywood: Music composer, Wajid Khan dies at the age of 42 after contracting Coronavirus

Kannywood: What Rahama Sadau Said About ‘Quitting Filmmaking For Marriage’