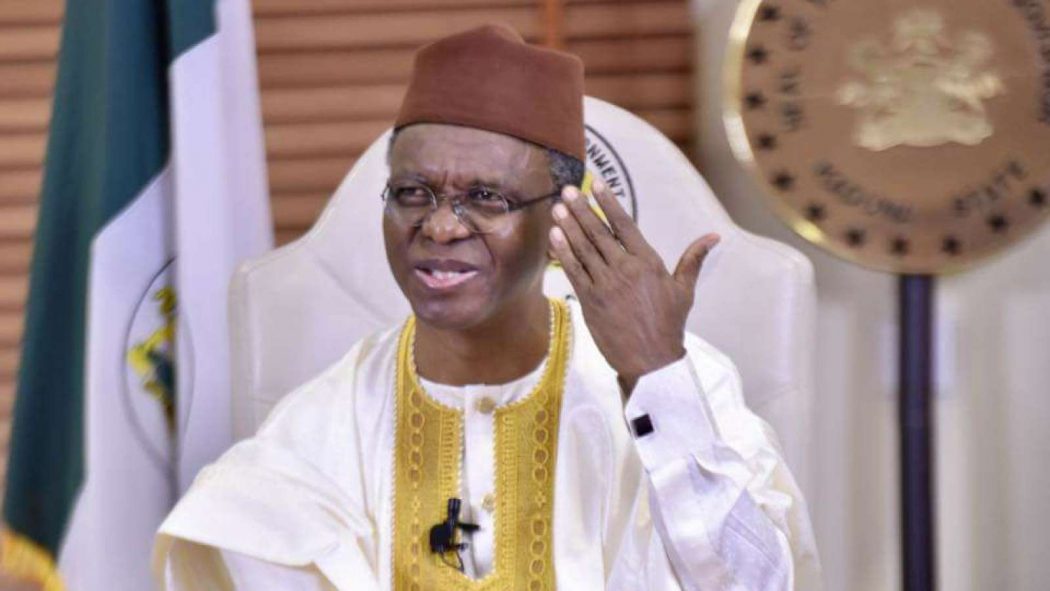 The Kaduna State Governor Nasir El-Rufai on Monday raised the alarm that soldiers are now targets of bandits in the Northwest geo-political zone.

Citynewsng.com reports that El-Rufai said that the bandits are becoming bolder; they attack military camps and ambush those on patrol, he said.

The governor, who praised the gallantry of the Armed Forces, lamented the killings of soldiers on duty.

El-Rufai spoke in Kaduna, the state capital, when the National Security Adviser, Maj.-Gen. Babagana Monguno (retd), led  newly appointed Service Chiefs to meet with governors from the Northwest, religious leaders and traditional rulers over banditry and other security challenges confronting the region.

Urging the Federal Government to recruit more security personnel and strengthen them with better equipment, the governor said the security situation would have been worse if the soldiers had not been alive to their responsibilities.

El-Rufai said: ”Daily, the armed forces and security agencies are losing lives. The bandits are becoming bolder. They even attack military  camps and ambush those on patrol. Lives are being lost. We pray for the repose of the deceased.”

The meeting was also attended by the Emir of Zazzau, Ambaßador Ahmed Nuhu Bamali, and Islamic scholar Ahmad Gumi.

Munguno said: “President Muhammadu Buhari is very worried about what is going on. The loss of innocent lives ongoing in the Northwest and Northeast is troubling to all of us and he is committed to bringing an end to the terrible situation. He wants to bring it to a legitimate end.

“I don’t want to believe that we cannot put an end to insecurity in this country, perhaps we don’t have the will to do that President Buhari is committed and determined in the vigorous pursuit to bring an end to insecurity in the country and that would happen. But there is need for all of us in the community to work together to deal with this issue.

“I know there are people outside working against government and security agencies to achieve security that would also be brought to an end.

“Lots of lives have been lost but the issue of us converging as a nation to deal with our problem is important as our greatest strength lies in our diversity. We have lots of people who have been engaging to undermine security in Nigeria.

He added:”There are people who believe that there is no hope again, that we cannot do it, that we have reached a dead end. I say it is not the end of time. So, we have to pull ourselves by the boot strap to re-energise the society and find solution to the challenge.”

El-Rufai, who commend the Armed Forces, however noted that although they are doing what they could, many Nigerians believed they were not doing enough.

He said the soldiers will perform better, if they are better equipped.

Thanking the Service Chiefs, the governor said their presence at the meeting underscored their willingness to embrace ideas from the higher to the lowest level of the society.

He said:”Security is a collective responsibility and everyone has a role and wisdom can come from the smallest child. We will cooperate with you and whatever support you need within the limit of our human and material resources.”

Lalong stressed the need for peace across the country.

Chief of Defence Staff Maj-Gen. Lucky Irabor said the essence of the meeting was to let the governors and Nigerians know that the security challenges were of concern to President Buhari.

The CDS assured that the Armed Forces were not resting on their oars to ensure that there was peace and tranquillity in the North and the entire country.

He noted the ongoing reorganisation in the military to reposition the force in its bid to tackle the security challenges.

Irabor cautioned the media against inaccuracy in their reportage, noting that some of the reports on the security situation “are correct while some are false.”

Masari, who spoke on behalf of the governors, noted that the security situation in the region has deteriorated, adding that governors must work to ensure peace and stability.

He said: “It is our responsibility to ensure everyone is safe.”

Communities should be adequately involved in ensuring security.

“Everybody must be on the same page. We must go back to our communities, build community relationships and restore what was lost.

“Ten years ago, the situation was not as bad as it is today, now communal life has broken down.”

Falana To Drag Al-Mustapha To Court Over June 12