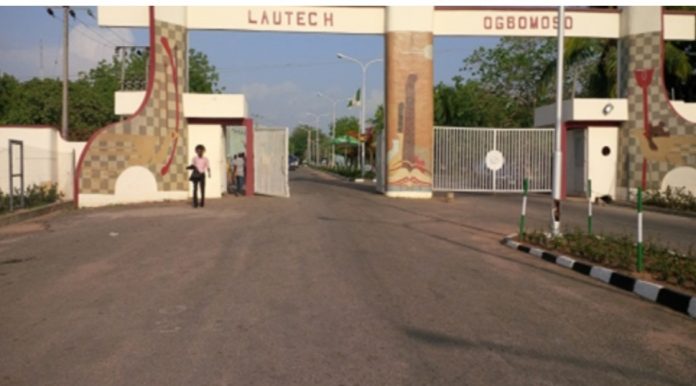 Abubakar Rasheed, executive secretary of NUC, announced the dissolution of the joint ownership of the institution at press conference on Friday.

LAUTECH was established by the old Oyo state government in 1990, but the creation of Osun state, carved out from old Oyo state, in 1991 led to joint ownership of the institution.

However, the joint ownership has been mired in imbroglio, impasse and protracted situation.

Friday dissolution brings to an end years of palpable internal wrangling and challenges regarding management and ownership of the tertiary institutions, a situation that has had telling effects on students and also brought the school to the brink.

Speaking at the press conference on Friday, Rasheed said the decision to dissolve the joint ownership was sequel to a memorandum of understanding by the Oyo and Osun state governments.

He also announced that the College of Health Sciences in Osogbo, the Osun capital, will go to Osun state.

Rasheed said after a meeting with both state governments, the NUC had constituted a tripartite committee which began work in March 2020, to “interface with stakeholders towards finding a lasting solution to the seemingly intractable crisis”.

“It is gratifying to note that after extensive deliberations, negotiations and consultations, both owner states mutually agreed terms and the joint ownership of LAUTECH was formally dissolved,” he said.

“The mutually agreed dissolution was formalised through the signing of a memorandum of agreement by the Executive Governors of Oyo and Osun states, witnessed by the attorneys-general of both states, giving legal effect to the transfer of ownership of LAUTECH to Oyo state and the College of Health Sciences to the government of Osun state.

“The NUC wishes to commend and express its profound gratitude to the governors of both states for their exemplary statesmanship, leadership and tremendous sacrifice by putting the interest of LAUTECH and its over 30,000 students above political and other considerations.”

The NUC executive secretary urged the two states to ensure responsible management of the institutions, and promised that the commission would ensure the full implementation of the terms of the agreement.