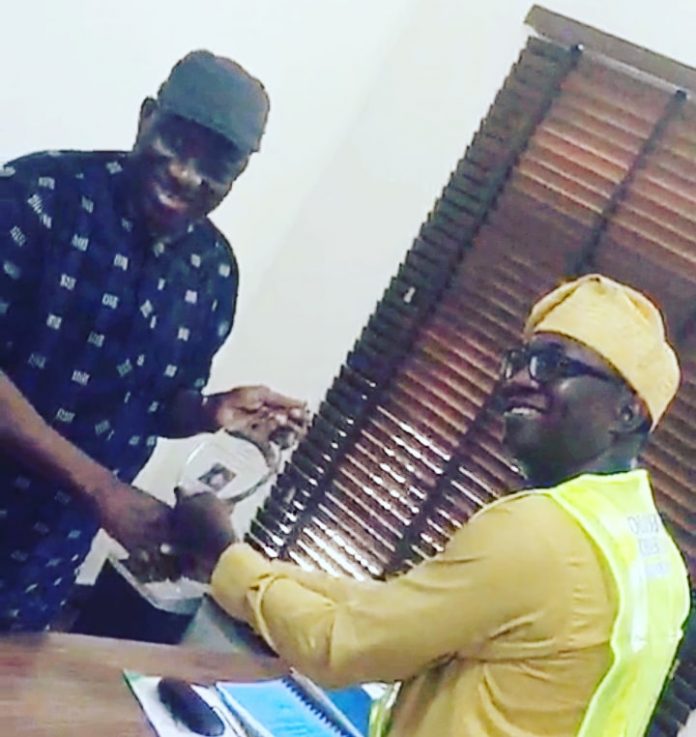 CityNews Nigeria reports that the Olusegun Obasanjo Foundation (OOF) has formally recognised and honoured a former president of Nigeria, Dr. Goodluck Ebele Jonathan, who ruled the country from 2010-2015.

The Foundation, according to information available on its website, was formed because of the importance which former President Olusegun Obasanjo attach to Health, Education (especially girl-child), Youth Empowerment and Agriculture.
reports that the award presentation ceremony took place in Jonathan’s Bayelsa home state, over the weekend, during the OOF visit to Bayelsa as part of its nationwide activities.

Presenting the Award to the former president, OOF, led by its chief executive officer, Dr. Olalekan Makinde, said the choice of Jonathan was in appreciation of the “great works” he did for Nigeria as president.

Makinde lauded the former president for his commitments to ‘project Nigeria’ and dedication towards making life worthy of living for the downtrodden.

Reacting, Dr. Jonathan said it was a privilege and honour for him to receive such a “special award” from a Foundation owned by a “refined” former head of state, whom he described as his father.

“This is a special award coming from my father,” he said, “Yes, Obasanjo is my father. And of course a former head of state. He is on a different level but still my father and will continue to be my father until death do us part.

“He has played his role as a nation builder, even as a military head of state, and handed over to late [Shehu] Shagari…

“And of course, he became a civilian head of state and served his two tenures and has been working for the society even after he left office. He was part of the eminent persons who intervened in South Africa…

CityNews Nigeria reports that the OOF leadership were in Bayelsa state in continuation of its visitation to states across the federation, where writing materials are freely donated to schools.

In line with its core mandate in the education sector, the OOF, in October, distributed textbooks as well as exercise books to primary school pupils in Iseyin Local Government Area of Oyo State.

Just recently, the Foundation in partnership with the China Consulate announced the donation of over 1,000,000 academic materials to students of public primary and secondary school across the six geo-political zones, which is still on course.

Speaking with CityNews Nigeria , on Sunday, the OOF CEO Dr. Makinde said the Foundation will be in Abuja, Kano and Bauchi states this week, in continuation of the exercise.

City News gathered that the OOF leadership have been to Oyo, Imo and Bayelsa States were thousands of textbooks and writing materials were distributed to students of public primary and secondary school.

Based on its activities across the country, the OOF, founded by Chief Obasanjo, recently emerged as ‘Humanitarian Foundation of the Year’ in the 2020 Igbere TV Leadership Excellence Awards taking place at Sheraton Hotels, Abuja, Dec. 10.