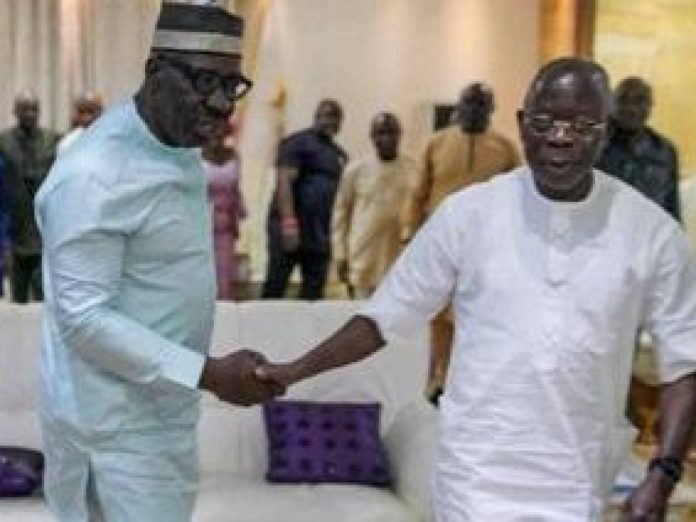 Governor Godwin Obaseki of Edo State on Sunday said as the party leader of the All Progressives Con­gress (APC) in Edo State, he opposed the adoption of the direct primary method adopted by the party’s Na­tional Working Committee (NWC) because it might trigger the spread of COVID-19 in the state.

The Edo State chapter of the APC and the national leadership of the party are currently locked in a battle on the mode of primary to be used in choosing the flag bearer of the party.

While Edo APC led by Anselm Ojezua said it was adopting the indirect pri­mary method for the emer­gence of the party’s flag bearer in the September 19, 2020 governorship election in the state, the NWC said it had adopted the direct pri­mary option.

While the direct pri­mary method involves all card-carrying members of the party, only accredited delegates are allowed to participate in the indirect primary method.

Since the crisis broke out, some Nigerians are wonder­ing why Obaseki is opposed to the direct primary meth­od, saying he shouldn’t be afraid if truly he is as pop­ular as he has claimed.

However, speaking with Daily Independent, Obaseki, who spoke through Crusoe Osagie, his Special Adviser on Media and Communi­cation Strategy, said as an extremely popular candi­date, he was not afraid of any mode of primary and would defeat any aspirant who slugged it out with him for the APC ticket.

He said as the Chief Secu­rity Officer of the state, he was opposed to the idea of direct primary now because of the COVID-19 pandemic in the state.

According to him, gath­ering together over 500,000 party members in the name of primary may trigger the number of COVID-19 cases already in the state, a situa­tion he said would put more lives at risk.

“The governor of Edo State and leader of the APC in the state, Governor God­win Obaseki, is an extreme­ly popular candidate who will defeat any aspirant that contests the party’s ticket in whatever means of primary that is used.

“The question we should ask is, ‘Is direct primary the better alternative now in the midst of this COVID-19 pan­demic?

“If you recall, some peo­ple are even pushing for the postponement of the elec­tion but INEC said it had to go ahead because it was con­stitutionally circumscribed.

“That is why even INEC is releasing a policy with which elections within this period are going to be con­ducted.

“Nobody will do anything now and will not consider the fact that gathering a large number of people to­gether at a point in the name of primary.

“Direct primary involves gathering together about 400,000 to 500,000 party members in different units to vote.

“In this period of this pandemic, that is enough to trigger the pandemic crisis in the state.

“If we gather this large number of people together, naturally we are going to shoot up the number and there will be crisis.

“In our opinion, anybody who loves this country and the citizens should be look­ing for ways to reduce the spread of this virus.

“Governor Obaseki, as a responsible citizen and Chief Security Officer of Edo State, will not take any action that will put the health and safety of the good people of the state at risk.

“That is why we are op­posed to the idea of direct primary at this period.”

On the rumours that he may be out of his way from the party, Obaseki also reaffirmed his earlier stance that he had no plans to dump the APC for the Peoples Democratic Party (PDP), adding that as the state party leader, he was firmly in control of the chapter.

“I have said it repeated­ly that Governor Godwin Obaseki is firmly in charge of the structures of the APC in the state.

“Whatever rumours out there that the governor is leaving the party is com­pletely false. You don’t leave a house that you built and you are in control of,” he said.

Also speaking, Chief Charles Idahosa, a former Commissioner for Infor­mation in the state, said Oshiomhole could not interfere in the mode of primary as he was an in­terested party in the crisis plaguing the state chapter of the party.

He also argued that if the APC under Oshiomhole could adopt the indirect primary method in 2016, which produced Obaseki as the party’s candidate, it would be unreasonable for the party to settle for the di­rect method at a period the country and the state were battling hard to curtail the spread of coronavirus.

“On the issue of direct or indirect primary, it is very clear that primary is a do­mestic issue of a political party.

“There is a Supreme Court judgment on that. I think Oshiomhole is just out to do a lot of destruction just like he did in Zamfara and other states.

“What surprises me most is that all the leaders of the party are just waiting for him to destroy the fabrics of the democracy of APC. Why they are doing that, I don’t know.

“When people try to change a story to suit them, it is very painful. Everybody is aware that on the issue of Edo State, Oshiomhole is a principal actor; in fact, he is an interested party in this matter.

“He wants Obaseki out at all cost. Oshiomhole was governor in Edo State when Obaseki contested the gov­ernorship primary in 2016.

“The method used was indirect primary and it was held at the Ogbeh Stadium, supervised by Oshiomhole himself.

“There was no coronavi­rus then, but he used indi­rect primary, why is he now calling for direct primary at a time we are all trying to stop the spread of coronavi­rus in the state?

“In Edo State, we don’t care if it is direct primary or indirect. What we are say­ing is the fairness.

“If Oshiomhole is in­volved, whether direct or indirect, there is going to be problem because he is biased.”