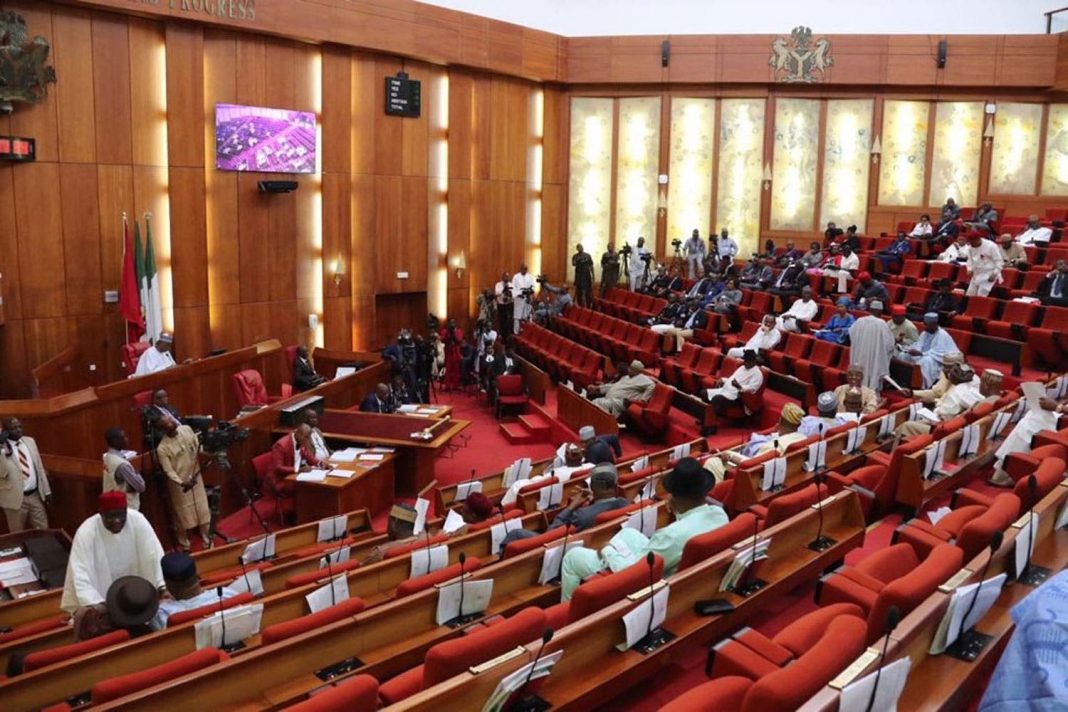 The Senate has passed the Sexual Harassment Bill which is to stop sexual abuse of female undergraduates in tertiary institutions in the country.

The bill titled: ‘A Bill for an Act to prevent, prohibit and redress Sexual Harassment of students in tertiary educational institutions and for matters concerned therewith, 2019’, was sponsored by the Deputy Senate President. Ovie Omo-Agege, and 106 other senators.

The bill which has 27 clauses, proposed up to 14 years jail term, with a minimum of 5 years, without an option of fine for any educator who commits sexual offenses in tertiary institutions. The bill defines sexual offenses as including sexual intercourse with a student or demands for sex from a student or a prospective student or intimidating or creating a hostile or offensive environment for the student by soliciting for sex or making sexual advances.

Other forms of sexual harassment identified in the bill are grabbing, hugging, kissing, rubbing, stroking, touching, pinching the breasts or hair or lips or hips or buttocks or any other sensual part of the body of a student; or sending by hand or courier or electronic or any other means naked or sexually explicit pictures or videos or sex-related objects to a student, and whistling or winking at a student or screaming, exclaiming, joking or making sexually complimentary or uncomplimentary remarks about a student’s physique or stalking a student.

When the bill was read on the floor of the Senate and passed its second reading in November 2019, Omo-Agege addressed fears that some female students might see this as an opportunity to make false claims about a lecturer or educator.

“On suggestions of inadequate sanctions for students who falsely accuse educators of sexual harassment, the reality is that this bill prescribes expulsion for those students. In addition, an educator whose character is maligned is at liberty to sue for defamation under the law of defamation which is well-settled in our jurisprudence and needs no duplication in this bill.

There is also the suggestion that some students, especially females, harass educators by their mode of dressing and that this bill may not be doing enough to protect educators. I understand this concern. However, the educator can activate institutional disciplinary actions against such students,” he explained.

Boyfriend Detained As Lover Dies Of Stomach Ache In Lagos