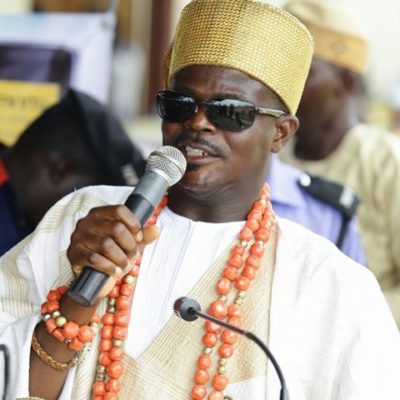 The Olu of Ilaro and Paramount ruler of Yewaland, Oba Kehinde Olugbenle, on Saturday alleged that gun-wielding herdsmen have concluded plots to attack key towns in Yewaland (Ogun West Senatorial District) in Ogun State and hold them down in terror as they had done in remote villages in the last one week.

Oba Olugbenle said it has become necessary to alert President Muhammadu Buhari, Governor Dapo Abiodun and all security agencies in the state on the sustained siege on Yewaland by suspected arm bearing herdsmen and the attendant loss of lives, outright slaughtering of people, maiming and destruction of property by the herders.

The monarch appealed to President Buhari, Governor Abiodun and the security agencies to rise up as a matter of “extreme urgency” to their constitutional duties of securing lives and property by coming quickly to help, protect and defend them from the marauding herders.

He cited Egua, Oja – Odan, Igan Alade, Gbokoto, Ijoun, Owode – Ketu, Ebute Igbooro, Imeko Afon and other places in Yewaland where the armed herdsmen and bandits have carried out deadly attacks on the villagers and residents. According to him, “a stitch in time saves nine.”

In the last one week, no fewer than seven persons, including four persons allegedly killed on Friday night, have been hacked to death by persons suspected to be criminal herdsmen.

The Baale of Igbooro, Abidemi Akorede, who confirmed the Friday night attack, said he had counted three corpses as of noon on Saturday.

Also, member of Ogun State House of Assembly, Hon. Wahab Egungbohun who grieved over the gruesome killing of his people, lamented that the alleged murderous activities of criminal herders is putting the people of the zone through untold hardship

Lagos Cultists Clash Resumes As One Dead, Others Injured

STATEMENT BY CIVIL SOCIETY ORGANIZATIONS ON THE PROPOSED CONTROL OF INFECTIOUS DISEASES BILL BEFORE THE...