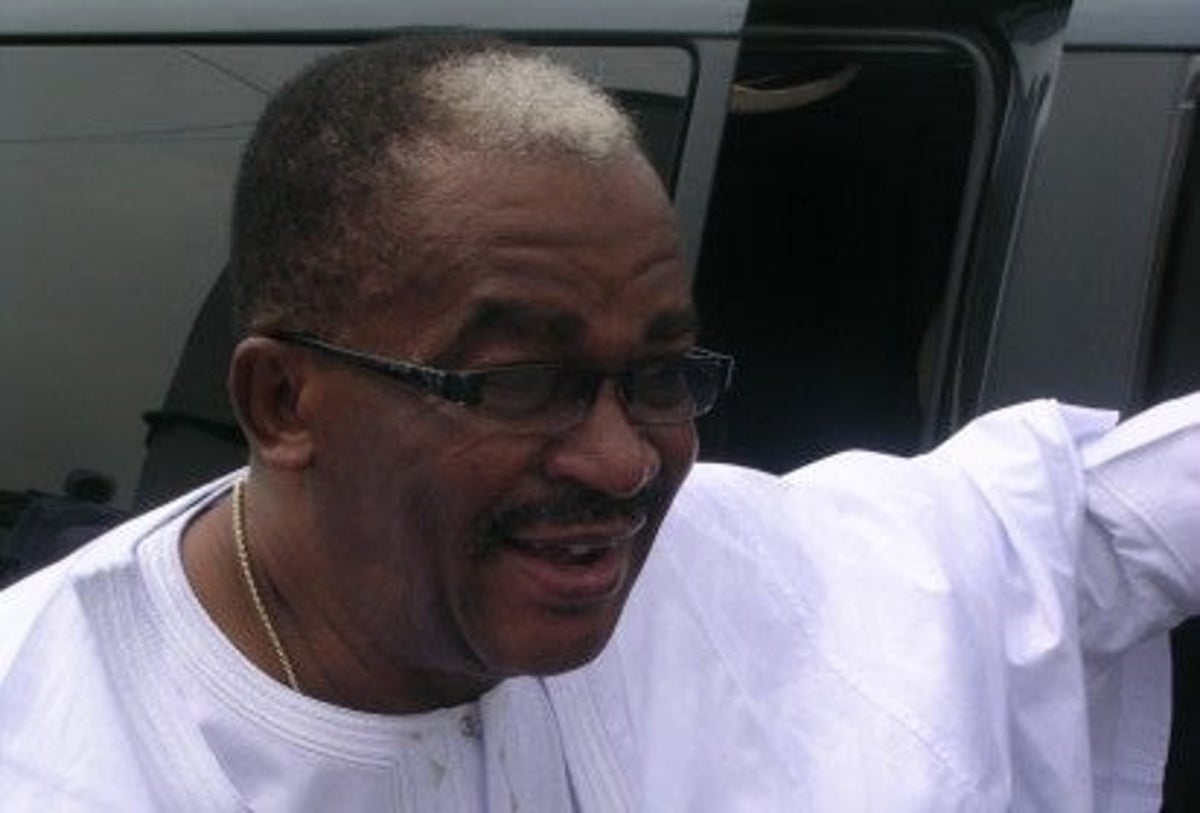 Donaldson Oladipo Diya (born 3 April 1944) is a retired Lt. General in the Nigerian Army. He was appointed Military Governor of Ogun State from January 1984 to August 1985. As Chief of the General Staff, he was the de facto Vice President of Nigeria during the Sani Abacha military junta from 1994 until he was arrested for treason in 1997. His Principal Staff Officer during this period was Bode George, who joined the People’s Democratic Party after democracy was restored in 1999.

Oladipo Diya became Commander 31, Airborne Brigade. He was appointed Military Governor of Ogun State from January 1984 to August 1985. He became General Officer Commanding 82 Division, Nigeria Army in 1985. General Oladipo Diya was Commandant, National War college (1991–1993) and then was appointed as Chief of Defence Staff. He was appointed Chief of General Staff in 1993 and Vice Chairman of the Provisional Ruling Council in 1994.

In 1997 Diya and dissident soldiers in the military allegedly planned to overthrow the regime of Sani Abacha. The alleged coup was uncovered by forces loyal to Abacha, and Diya and his cohorts were jailed. Diya was tried in a military tribunal, and was given the death penalty. Upon the untimely death of Abacha in 1998, Diya was not pardoned by the late Head of State’s successor, Abdusalami Abubakar.

Most people believed that the much-hyped coup was in fact a ploy by Abacha to do away with Diya, who was increasingly becoming popular among the elite and opposition parties, for his moderate views on the situation in Nigeria. Earlier on, Abacha’s loyalists had twice attempted to assassinate Diya, once at the airport and then in the streets, using bombs. But most analysts said that whether motivated by a real coup plot or not, the arrest of General Diya signaled deep divisions within the Nigerian military and reflected rising tensions over General Abacha’s apparent intention to remain in office by engineering his own election as President.

Late Chief Gani Fawehinmi, a leading Nigerian human rights campaigner, said: Almost everybody mentioned in the alleged coup had been an Abachaboy, an Abacha henchman, so the situation is very funny. The facts are not clear to us. We want the whole truth. Late Chief Fawehinmi was quoted in The Post Express, a Lagos daily.

The fact that General Diya and almost all of the others arrested were ethnic Yoruba from the already deeply disaffected southwest was seen by some as a virtual provocation at a time when a country of powerful regional rivalries was entering into a period of renewed civilian politicking. General Abacha, like his inner core of senior officers and much of the army’s rank and file, was a Hausa-speaking northerner of Kanuri origin.

After his arrest, a military tribunal sitting in the Nigerian town of Jos sentenced six people including Lieutenant General Oladipo Diya to death by firing squad in April 1998. The accused were brought to the main military barracks in Jos for the trial. Security was tight, and the men on trial were chained hand and foot during the proceedings. In a dramatic statement at the outset of the trial, General Diya asserted that he had been entrapped by another officer close to General Abacha, Gen. Ishaya Bamaiyi, who approached him with the idea of mounting a coup. Given the explosive nature of the charge, the government then closed the trial to the public The head of the military tribunal, General Victor Malu, the former commander of the West African regional peacekeeping force ECOMOG, responding to Lieutenant General Diya’s defence that people at the very top framed him, said it was not necessary to know who had initiated the conspiracy. He noted that all Lieutenant General Diya had to do was prove that he had not been part of the plot at any stage. General Malu assured the defendants that they would be given a fair trial and unlimited access to information they needed to defend themselves. “This tribunal will not conduct or tolerate a trial by ambush”, he said.

The South African government questioned the secrecy surrounding the trial and warned of the probability that there could be an unfavorable reaction, both in Nigeria and internationally, to a carrying out of the sentences. The sentence was later commuted by the head of state, Abdusalami Abubakar, who succeeded General Abacha.

Following his release General Diya has refused to co-operate with any investigations by Nigeria’s Truth and Reconciliation Tribunals into his activities while he was vice president. He has spent most of his time attempting to recover possession of various properties seized by the government on his arrest. He has made no attempt to explain how he purchased these lavish properties on the salary of a lieutenant general.