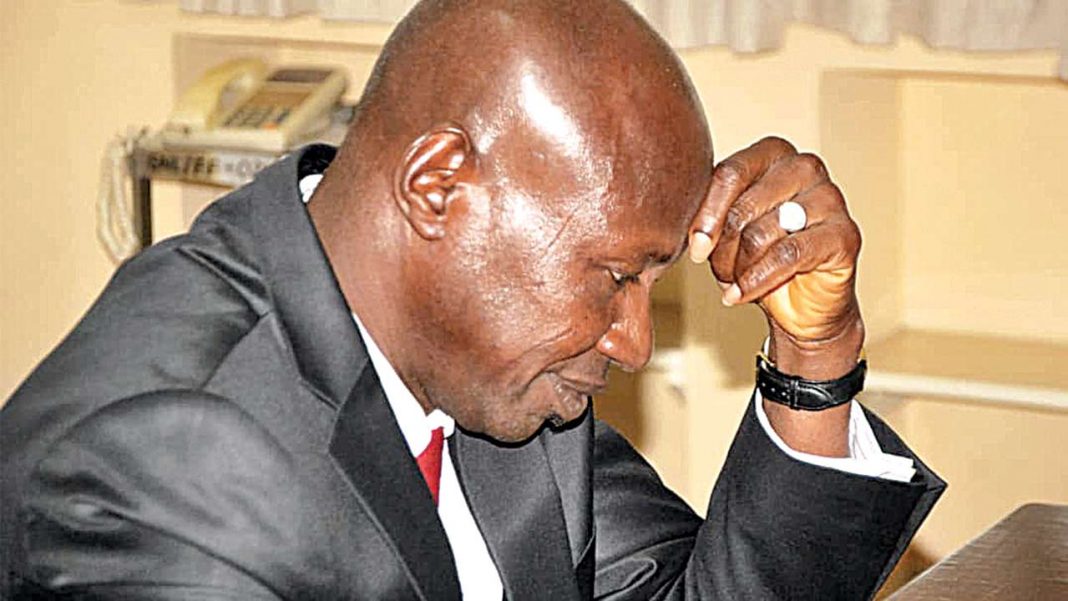 Olusegun Adeniyi, chairman of THISDAY editorial board, has revealed how Ibrahim Magu, suspended chairman of the Economic and Financial Crimes Commission (EFCC), “harassed” two allies of President Muhammadu Buhari without the president’s knowledge.

In an article he wrote on Thursday, the former spokesman to the late President Umaru Musa Yar’Adua, said Buhari learnt about Magu’a actions only after they had been carried out.

Magu is being probed by a presidential panel over allegations of corruption. Abubakar Malami, minister of justice and attorney-general of the federation, accused him of diverting recovered loot.

Adeniyi faulted Magu’s move against Danjuma and Abubakar which he said, even “where justified,” should “certainly not occur without the president’s knowledge”.

He wrote: “Former Defence Minister, Lt General Theophilus Yakubu Danjuma (rtd) was recently at the villa to see President Muhammadu Buhari. It was a visit borne out of rage. A billionaire oil tycoon, Danjuma had paid for the purchase of an aircraft. His cheque bounced! The order to withhold payment, he was told by his banker, came from Magu!

“From what I gathered, it took some time before the president could convince Danjuma that he knew nothing about what was clearly power mongering by a reckless public official.

“A few weeks before that incident, the Minna residence of former Head of State, General Abdulsalami Abubakar was raided by EFCC operatives who “turned the house upside down”. The president also got to know only after the deed had been done.

“While neither Danjuma nor Abdulsalami is above the law, power should never be used to harass and ridicule people, whether high or low.”

He also said Buhari has been petitioned on many occasions over the manner with which the embattled EFCC boss was auctioning recovered assets.

“A man who would take on the high and mighty in a society like ours, including members of the president’s immediate family, must also live above suspicion,” he added.

“In the past five years, Magu has at different times made claims about the hundreds of billions of Naira recovered from ‘treasury looters’. But subsequent auctions for recovered assets did not follow due process, resulting in choice properties being handed out to suspected cronies.

“Since Abuja is a city where residents know the dirty secrets of people in power (including who is sleeping with whose spouse), the president was being inundated with petitions that Magu is not above board in his dealings.”

Relieved! Ghanaians take to the streets,celebrate as 21-day lockdown order is lifted (video)

FG Reacts To Closure Of Nigerian Traders’ Shops In Ghana