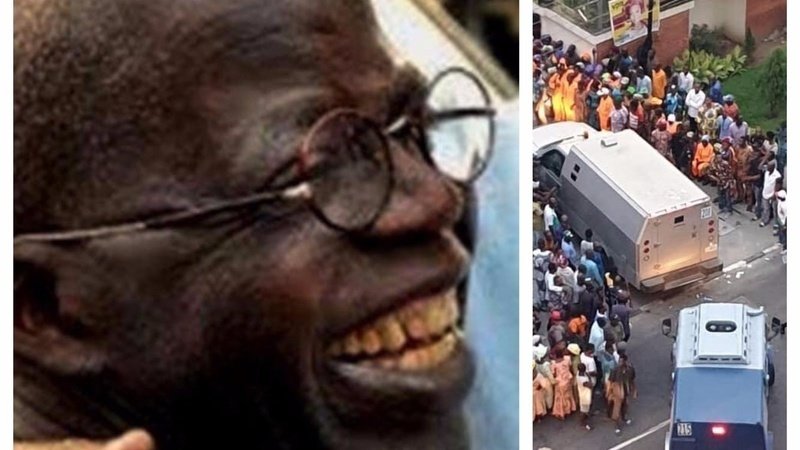 The petition urging the Economic and Financial Crimes Commission to investigate a former Governor of Lagos, Asiwaju Bola Tinubu, has reached 10,000 signatures in just one day. This is a record, as no political petition on Nigeria has reached such numbers in so short a period of time.

The petition is specifically calling on the EFCC to investigate Bola Tinubu for contravening the Money Laundering (Prohibition) Act of 2011, by having bullion vans ferry alleged large sums of money into his house on the eve of the 2019 Presidential election.

It will be recalled that on the eve of the 2019 Presidential elections, drone imagery showed bullion vans ferrying suspected monies into Mr. Tinubu’s Bourdilon residence. The next day, in an interview with Channel Television’s Seun Okinbaloye, Mr. Tinubu was asked “the allegations are that those bullion vans carry money or ballots”, before he could finish asking his question, Mr. Tinubu interjected and said “Is it my money or government money? I don’t work for government…even if I have money to spend in my premises, what’s your headache?”

However, the Money Laundering (Prohibition) Act 2011 (and the amendment to the Act in 2012) makes it a crime for any individual to accept or make any cash payment that exceeds ₦5 million.

Yet, 18 months after this incident, Mr. Tinubu has not been investigated by the EFCC, which has tried others for lesser malfeasances.

The petition started by Reno Omokri, a bestselling author and activist, seeks to compel the EFCC to fulfil its constitutional responsibilities.

OMG!Colombian transgender shares pix of her husband’s eight-month pregnancy as they prepare to welcome their...