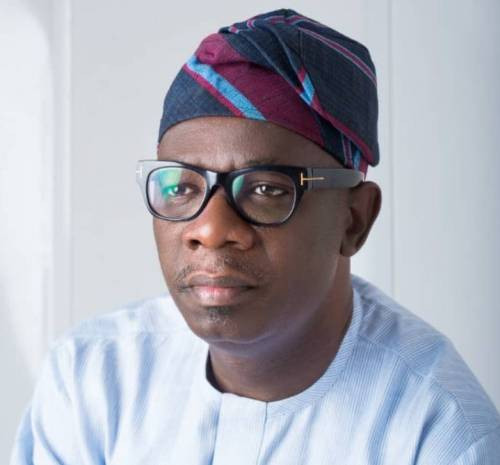 The crisis between the Ondo state governor, Rotimi Akeredolu, and his deputy, Agboola Ajayi, took a different turn today July 7 with members of the state’s House of Assembly serving a notice of impeachment to Mr. Ajayi.

The impeachment proceedings started this morning with 14 of the 26 members signing the impeachment notice and nine of them voting against the decision.

According to the notice, the deputy governor is being accused of gross misconduct, abuse of office, financial recklessness, abandonment of office among other offenses.

To however stall any impeachment move, the embattled deputy governor has approached an Abuja High Court seeking to stop the impeachment proceeding and enforce his fundamental right of association. Other defendants in the suit were the Inspector-General of Police, State Commissioner Of Police, Department of State Services (DSS), and the Speaker of the Assembly, Mr. David Oleyeloogun.

Agboola defected from APC to PDP on June 21. There are indications he might be the flagbearer of the PDP In the state governorship election scheduled for October 10. 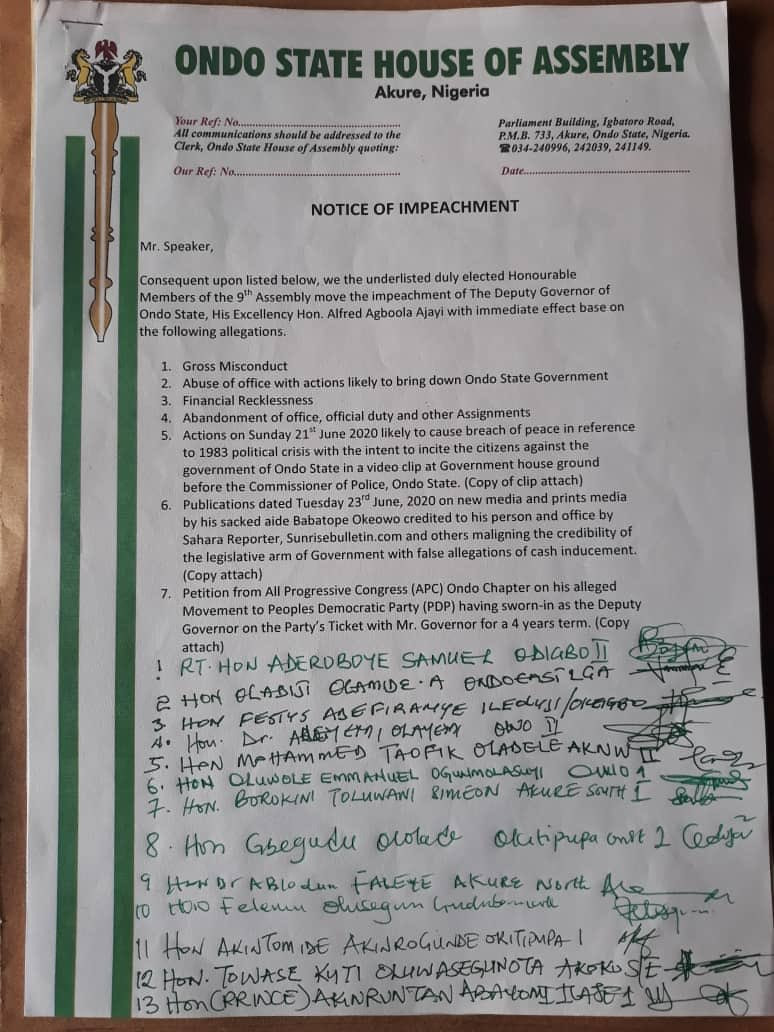 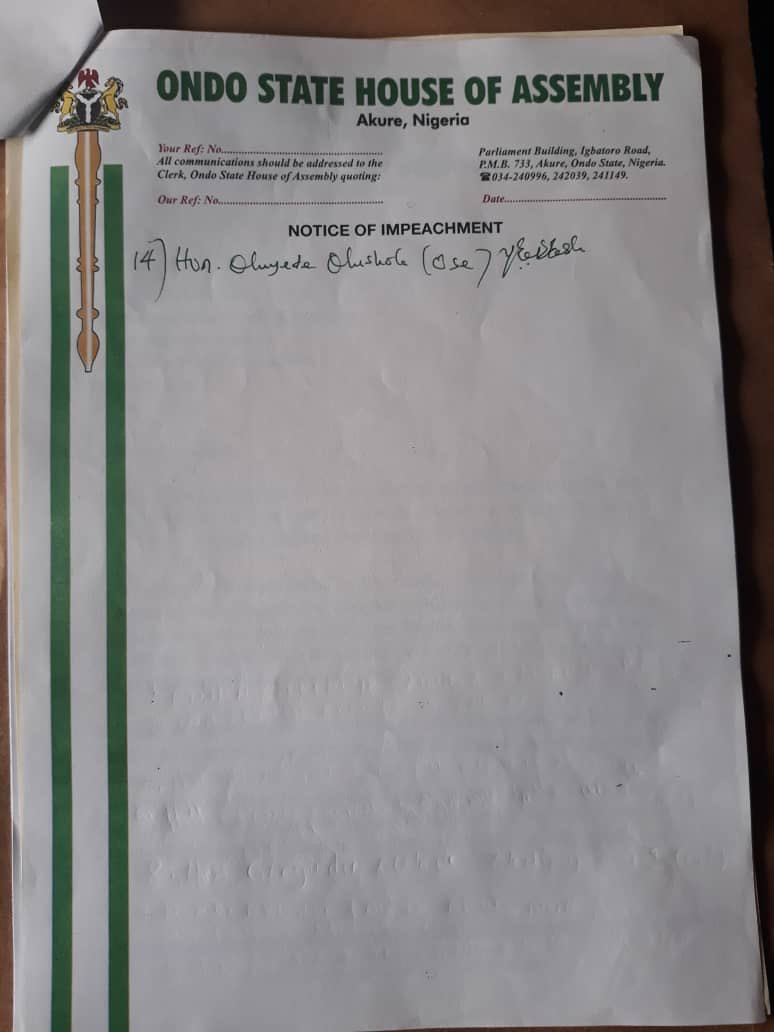 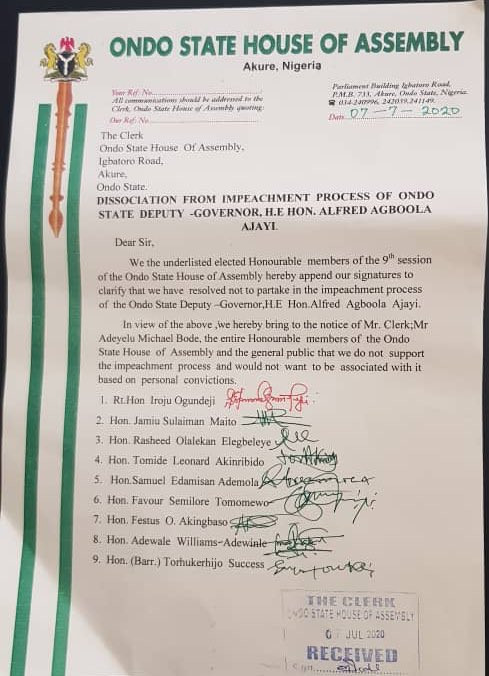 Nigerian Lady, Oyindamola Akinrinola Convicted In US For Cyber Fraud

Just In: I’m rejoining my colleagues in the Senate – Orji Uzor Kalu says as...