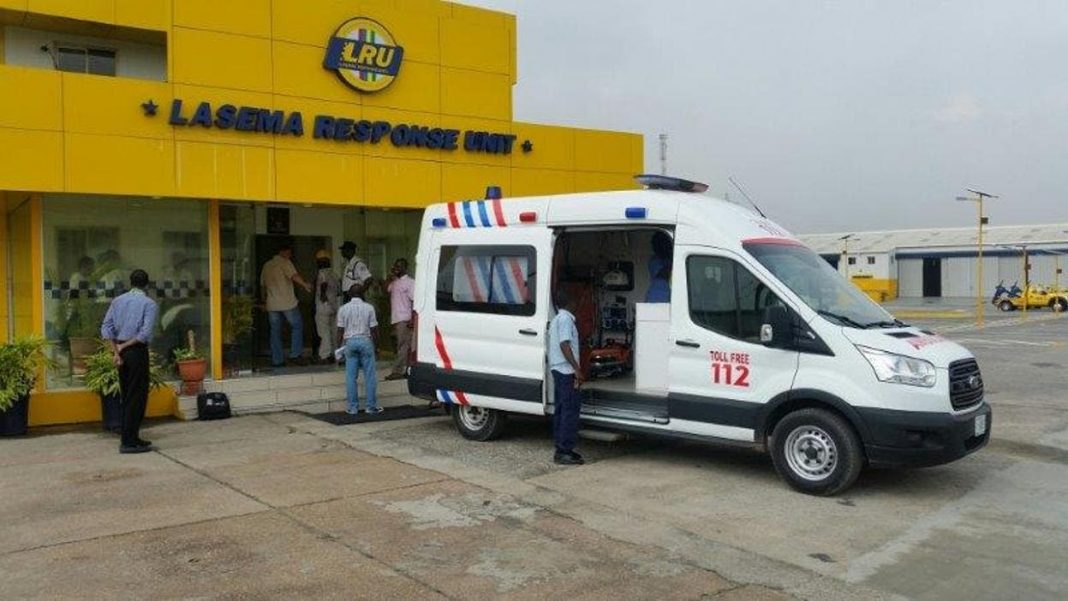 The Lagos State Emergency Management Agency, LASEMA, has said that one person died in a road accident that occurred at Oniwaya junction on Capitol Road, Agege.

The agency identified the deceased as an adult male, adding that two other adult males sustained various degrees of injuries in the road accident.

LASEMA in its situation report said, “Upon arrival at the scene of the incident, an accident involving a truck fully loaded with goods with plate number KRD-627GJ and a commercial bus with an unknown registration was encountered.

“Investigation carried out revealed that the accident occurred as a result of reckless driving. Further information gathered from the Police officers at the incident scene revealed that one adult male lost his life and two adult males sustained inquiries.

“However, both the commodity and casualties had been taken away by the investigating Police officers before arrival of the agency’s response team.

“Efforts are ongoing by the LASEMA Response Team and the Police officers to recover the truck and bus off the road utilizing agency’s heavy-duty equipment before dawn.”

BREAKING: ‘Don’t Be Afraid Of Covid,I Will Be Leaving Hospital By 6:30’ Trump Tweets

Group cautions on use of pesticides as preservatives, suicide