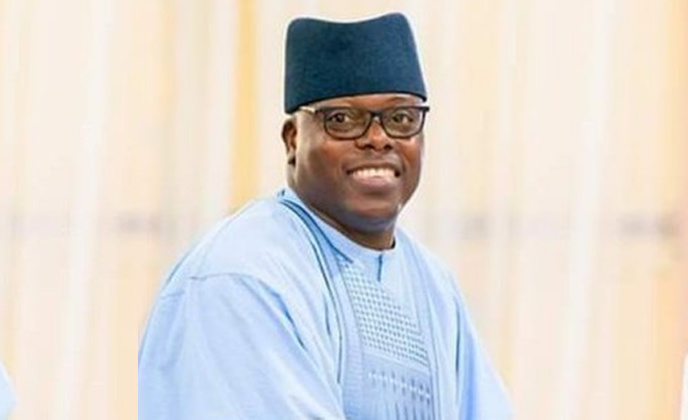 New Oniru of Iruland, Lagos, Oba Omogbolahan Lawal is in fresh crises as there is a protest going on against him.

In a viral video, hundreds of women living within his kingdom were seen protesting against him.

Besides, there is an ongoing crisis between the children of the late Oniru of Iruland, Oba Idowu Abiodun and him which has degenerated into violent confrontations.

We gathered that the trouble was over the control of some properties in highbrow Oniru, Eti Osa Local Government Area of Lagos State.

The new Oniru has asked all banks housing funds belonging to the royal family to immediately freeze all the accounts of the family.

The king also called on all tenants and leasees to stop transacting with the children of the late Oniru.

However, the family of the late king are insisting that some of the properties belonged to them and not to the royal family.

Violent broke out on Sunday, July 5th, 2020 when the new king ordered some palace officials to post public notices on some of the properties under contention.

Some thugs said to be loyal to one of the sons of the late Oniru, Tijani, was said to have led his own men to beat up those posting the notices on the properties.

Sources said; “On Sunday morning, the new Oniru’s boys went about posting public notices on some of the properties but TJ (Tijani) got his boys to beat them up and chase them away. Later in the day, as TJ was making his way into Millennium Estate, the boys regrouped and beat him up.”

In a video available to us, some palace guards clothed in black shirts with the inscription ‘Security’, rounded up the late king’s son, Tijani, and slapped him in the face as he ran into Millennium Estate.