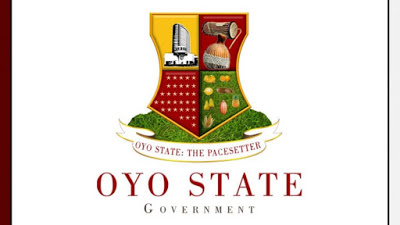 Oyo State government, on Thursday, sealed off six hotels, four commercial banks, three filling stations, and seven companies for defaulting from paying the state’s land use charges.
In line with the government’s Land Use Charge revenue demand bill, the State enforcement team sealed off the affected business facilities for failing to pay the required tax.

The government said it took the decision to seal off the facilities after several reminders and discounts offered to the defaulters were not taken advantage of.

The properties which are part of the premises under scrutiny in the Oyo State government property enumeration exercise were served bill for over 90 days and were expected to comply with the Land Use Charge obligation.

According to the government, most of the businesses owed millions, and sealing them was the first phase of the exercise which was carried out across all local governments within the Ibadan metropolis.

Speaking after the exercise, Chairman of the state’s Board of Internal Revenue, Aremo John Adeleke, said the exercise was targeted at making businesses in the state alert to their responsibilities, and enable government to provide security, infrastructure, and other essentials necessary to make businesses thrive.

Adeleke said the state government has given, as palliative, an additional ten percent discount to complement the initial 25 percent discount on all taxes, to ensure that the businesses stay afloat in the face of economic realities posed by the COVID-19 scourge.

He added that the government was poised to generate all taxes from business owners without hurting them and the capacity to sustain economic growth in the state even as the enforcement continues till the end of the year.

He said, “The focus of the drive is not to close down or ground any business but to give a push to businesses to assist the government in creating a better business premise for them to thrive.”